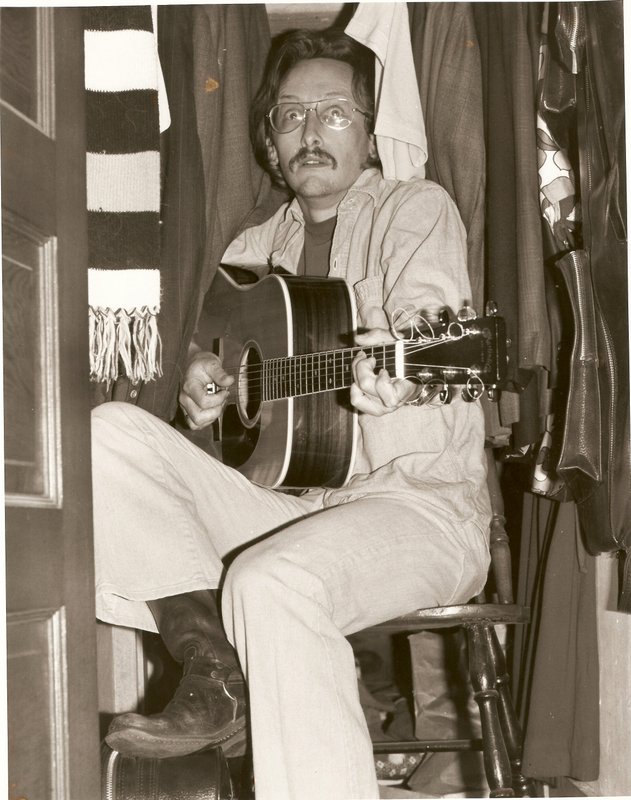 Welcome to Raker john's CD liner notes page! First, let me say that this is a work in progress as the selection and recording of the songs is currently taking place. This means that there may be some additions/subtractions along the way and I ask your patience (or forgiveness) as the effort continues...

Some time ago I put together a summary of my musical history which presents the different stages in chronological sequence. This also describes the various places I was living and (some of) my personal relationships and professional situations at the time - all part of the influences effecting my music. It may be a little long for some but it became my way of putting it down so I wouldn't forget it - sort of like a memoir. (More like a string around my finger...) Used in conjunction with these liner notes, it should give you a pretty complete picture of "where I was" at the time these tunes were written; I hope you enjoy the ride...

This site is a general collection of thoughts, comments and trivia related to my second CD, Closet Musician. I feel lucky to have been able to include some of my dear friends in this project since they so often join me in other musical groups that I participate in locally. Their musical contributions bring a totally new dimension to many of these tunes. Each contributor created their own parts with only minimal direction from me (can you believe that?). We hope you have fun with our thoughts and abstract ramblings as well as the detailed instrument listings for each tune. For the sake of brevity (and when did that ever become an issue with me?) Most of the information I provide is to the best of my ability to remember. Things get a bit hazy after 50 or so years... Enjoy!!! Raker john

This is the second recording of Raker john's original material and its purpose, content and style is probably best discussed tune by tune. There were some earlier recordings of my songs made in the late 70's but they were very rough-cut, demo-style recordings transferred to cassette. Still, as historical reference (if nothing else) they provided the source for these, the more "polished" renditions issued some 30+ years later. Alot has changed in that time, including perspective, so at some point the older versions may be released just for those few "hard-core" followers (I can only think of 4 of you). This CD collects the music I wrote between 1971 and 1983 which I choose to refer to as my "middle period". Where possible, I will list the year each tune was written and where I happened to be at the time...

The CD Tracks Themselves

This is my first "talking Blues" written about my career as a computer programmer during the dawn of computing. I think it goes best with a Budweiser...

This was my first instrumental. I had been playing music with my neighbor across the hall who was more jazz-influenced in his playing and some of it rubbed off and took hold. This remained untitled until after I played it at my nephew John's wedding in the early 90's when it struck me it was more of a lullaby than a song. John and his wife Jennifer gave me the lovers part.

This was written after the first threads of wear in my first marraige began to show. I was working a lot and my wife was living away from home for the first time in her life and not working in Boston. The glitz was gone from our honeymoon and reality was setting in. Still, I was looking for a way to at least slow things down.

Now the marraige was in real trouble. The company was going through hard times, I was working even longer hours and we were now living well outside the metropolitan Boston area where there was little to do but work ... or worse. It's hard to see something you love start to die but even worse to realize that neither party was really willing to make an effort to save it. Looking back, it was for the best.

This tune was inspired by my purchasing my first electric guitar since I traded my Gibson Melody Maker 3/4 model in on my first 12-string guitar back in 1961. I was heavily influenced in this decision by the superb playing of Freddy Tane who taught me that a tastefully-played electric guitar (even with a little distortion) could compliment acoustic instruments without distraction. The key word in all that was "tastefully" which also implied being played well... I'm not sure if I met all the criteria. This was probably my first venture into multiple instruments and "sounds" as I had just acquired my Akai simulsync 4-track tape recorder. I had to learn how to play this all over since the only recording I had of it was beginning to deteriorate from age... just like me, I suppose...

I believe this was perhaps my first attempt at writing a happy song - a dismal failure, I think...

At this point, I was living alone in Wilmington and my wife was living in the greater Boston area while attending classes at BU. I think we both knew that are differences were irreparable but, still, there was that yearning (on my part) to put things back together the way they were when young(er) and the realities of married life were still idealized. That's (probably) what inspired this song.

OK - yet another uncomfortable back-story. Let's just say I was having a relationship with a young woman I met through the Massachusetts Herpetological Society (I was president for a year) that grew to be more complicated than I could deal with. I was working 60-70 hours a week in NH and still living in Wilmington. She was "working" in the Boston area (she made her own hours) and liked to party at night - every night. I finally had to admit that I was too old to keep up with a "working girl" soooo...

It may take me a bit to remember the circumstances generating this song - give me a moment...

Written after returning from a February vacation to Tallahassee, Florida, where I spent an evening with my "adopted" (by me) youger brother, Joe Hutto, and his wife Tommy. He introduced me to the music of Emmylou Harris that night...

Moment Of Bliss - Bedford, NH 1978 with lyrics by Michael Callahan

Mike and I worked together at Honeywell in 1974-75 and then later when I hired him to work with me at Frey Associates in NH. It was during this second stint that he and I got to know each other better and we found we both shared a fondness for poetry. As his tenth (as best I can recall) anniversary was approaching, he asked me to see if I could put one of the poems he'd written for his wife to music and I agreed. However, it turned out to be a far more interesting project than I had originally envision because his idea of poetry was not the same as mine - his was more free verse than anything I had ever worked with before. I'd like to think it shows in the music I came up with but, well, you be the judge.

After His Seabag's Gone - Bedford, NH 1978 with lyrics by Michael Callahan

This was a second poem that Mike gave to me to convert into musical form. I believe the subject matter here may have been his father though nothing was ever mentioned of it between us during the creative process. In any event, Mike was happy with the results and I have to take that as high praise, coming from the lyricist...

I don't really have much of a back-story on this tune; it just sort of "happened" as the first movement came to me while I was doodling around on my '66 Yamaha acoustic (which was the only 6-string acoustic guitar I owned between 1966/7 and 1979). That guitar gave me a lot of songs and I'm not sure it doesn't have a few more for me if I take the time to ask. Anyway, after fleshing out the first movement I thought it needed something more so I kept at it over the next several years and, after a time, the second movement came together and revealed itself to me. That's about all I can say except that I never really named the tune...

After recently returning to Florida in October of 1980, I had a musical friend spend an extended vacation in my guest room while he sought clarity of purpose. We also played some guitar together and he did some house painting to offset his room & board. I learned a thing or two from him and this tune is the result of a rythmic vamp he was playing with and I extended into a short instrumental piece. Too bad Freddie couldn't be part of this recording - he is way good!

Returning to Florida from living 10 years in New England had a profound effect both in lifestyle and in prospective. I was close enough to my parents and family in Fort Myers and would spend weekends there whenever possible. When my parents would spend time at the beach there I would go over and enjoy the days lazing around on the beach - but the evenings were the best time of day. After watching the sun set, sliding slowly behind the silouette of Sanibel Island, the sky would slowly fade to dusk and then gently darken until you began to see the glimmer from the stars over the Gulf of Mexico. The waves would rhythmically drum onto the shore as the stars became more prominent until it seemed there was nothing but the sky and stars all around you. This tune represents all of that, from the day slipping into dusk with the waves keeping time to the final awe and wonder of becoming lost in the cosmos.

As always, I'd like to thank Rocky for her patience and understanding when things didn't go as planned and this project took longer than I'd originally thought it would... I admire her patience with me, letting me undertake this incredibly ego-centric exercise of painfully recording songs that very few will want to listen to. It's more of a musical memoir for me - I have to record it so I don't forget the way I once was..

Please remember that your comments and suggestions are always welcomed. I take requests; I won't promise to play them but I'll take them, none the less... Keep those electronic cards and letters comin', folks!