Welcome to Bozo's acoustic guitar web pages... if this is not where you intended to go, please exercise the "Back" arrow to return from whence you came. Otherwise...

This is the guitar that has been with me most of my adult life. I bought it new at Westwood Music in Santa Monica, California the year I moved west. I had been unhappy with the sound of my Gibson LG3 for some time and yearned for that big acoustic sound I heard from the Martin D-28s and Gibson jumbos. So, every time I went into a music store (and that was pretty often that year) I would try out some of the acoustics they had on display. In the fall of 1966 I happened to stop by Westwood Music and saw they had several acoustic "dreadnaughts" sitting out so I made my way over to them and began the "tryouts". This guitar was the second one I played and there was this immediate connection with it; it felt good, sounded great and had a nice, clean appearance. Always the optimist, I moved on to the next one and found only disappointment in comparison. I think I played 6-8 guitars that day, always returning to the Yamaha. I really wanted a Martin or Gibson, because of the name, but this guitar sounded better than any of the others, regardless of the make!

Not being familiar with the Yamaha name in instruments, I talked to a salesperson who filled me in on the history of Yamaha' instrument building (pianos, guitars, etc.) and assured me that they were a quality instrument and what was then a bargain price. We talked about trade-ins and they said they would be willing to look at the LG-3 as a partial trade. I returned with it and we were able to work a deal that was agreeable to all of us.

There have been so many songs written on this guitar, by myself and others, that I am unable to list them all. Almost all of my 6-string tunes were composed on this instrument and several of my friends have ended up writing tunes while playing this one. An old friend that stayed with me for a while in California, John Pearson, even offered to trade me his Martin D-28 for this guitar because he liked the sound better. (I've had second thoughts about turning down that trade but the songs are probably worth it...)

I believe the back and sides are mahogany, the top is Sitka Spruce, the fretboard is rosewood and the fret markers are simple dots. The headstock is plain with only the Yamaha name decal for decoration. The neck and headstock are unbound but the body is bound in white plastic. The tuners are older chrome tuners, probably of Yamaha manufacture as well. The guitar has the basic dreadnaught shape but is less deep than most dreadnaughts - more like a 00 model Martin.

The tone and playability of this instrument are still very good, even after all these years. The action is reasonably low (as I like it) and the tone has more "punch" than you'd expect from a guitar of this body style.

The case used for this guitar is a Taylor SKB case that the quilted 610 came in. For most of its life, this guitar sat out, ready to be played and ready to inspire all those who played it. It's truly an oldy and a goody as well. 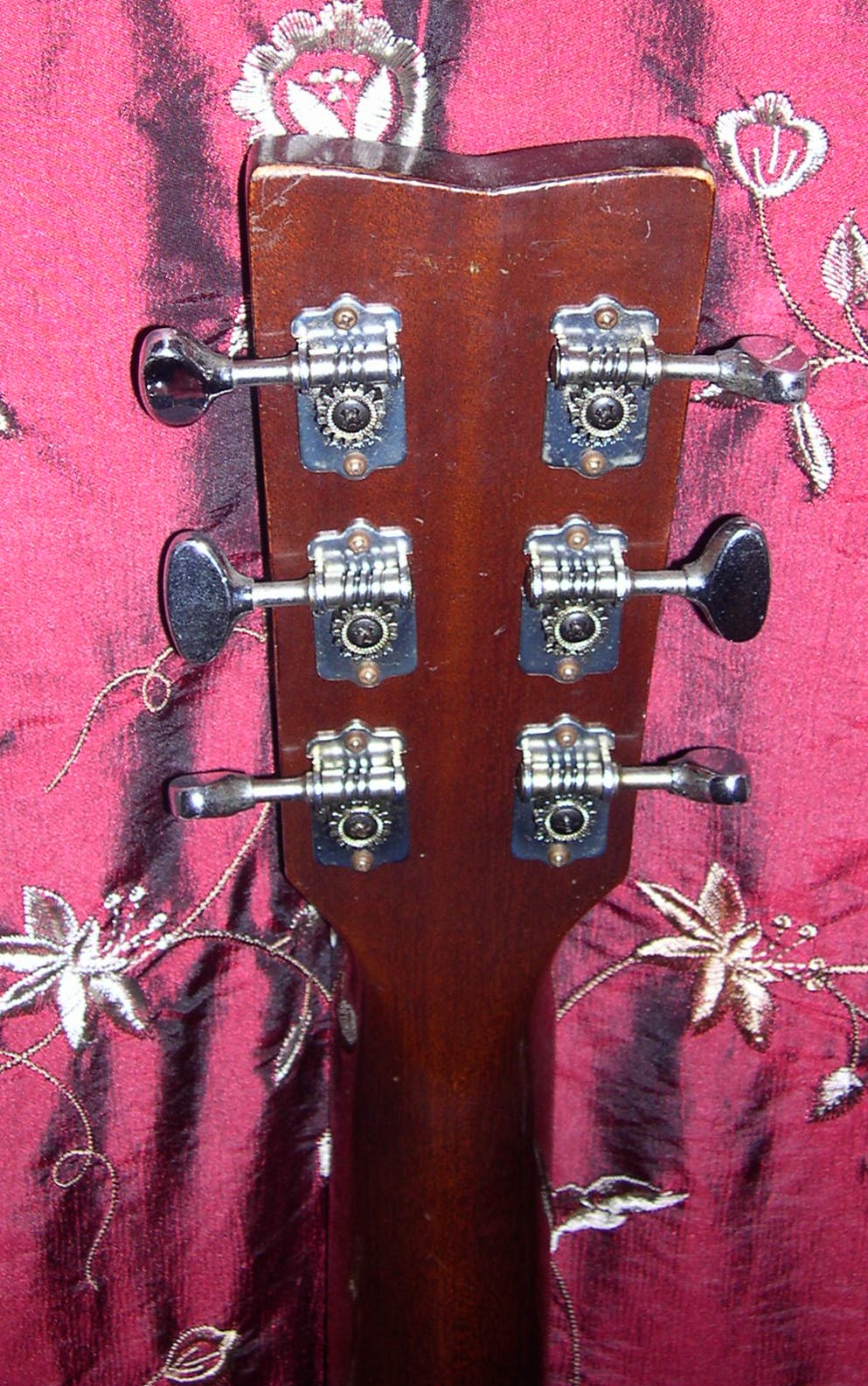 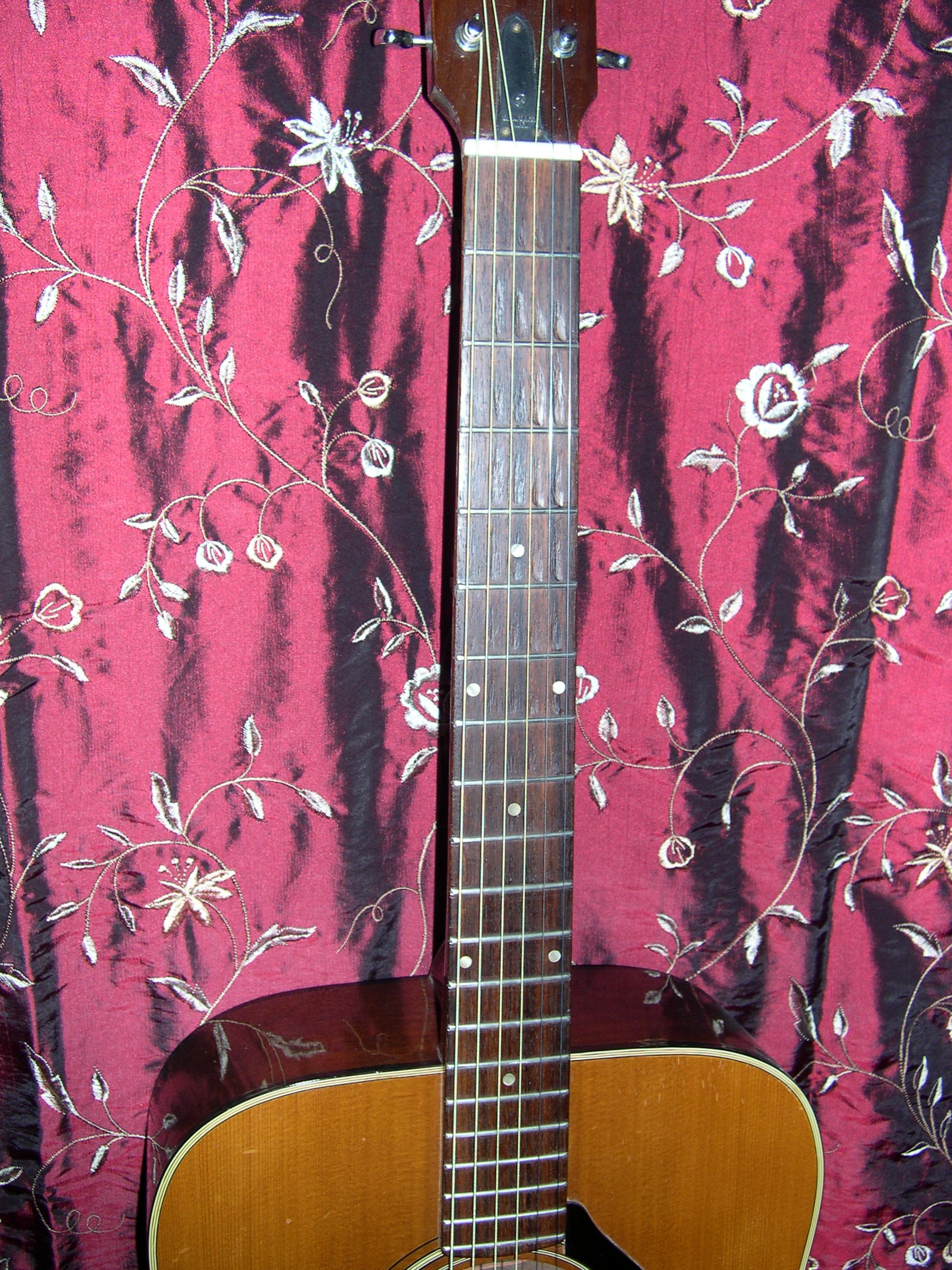 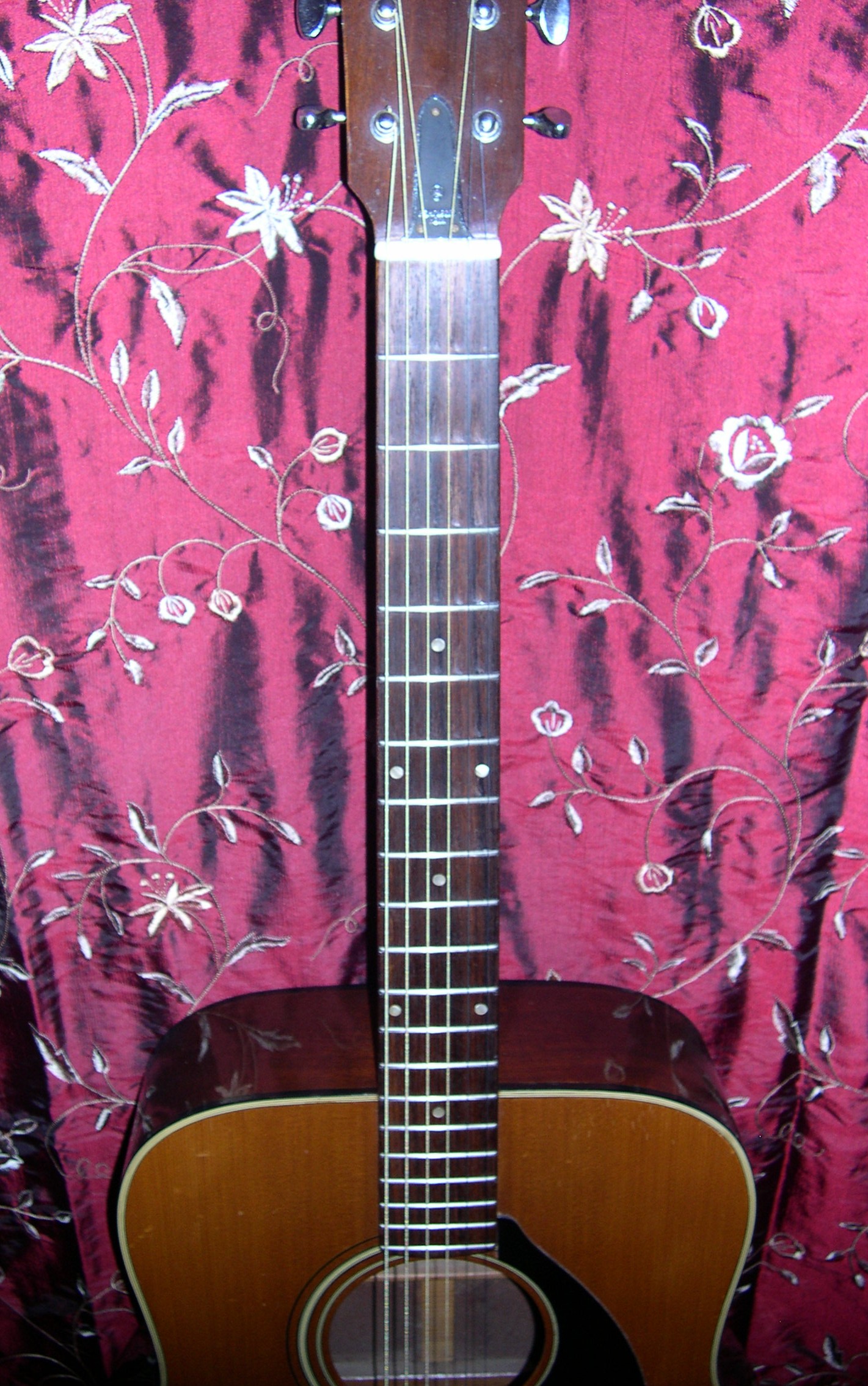 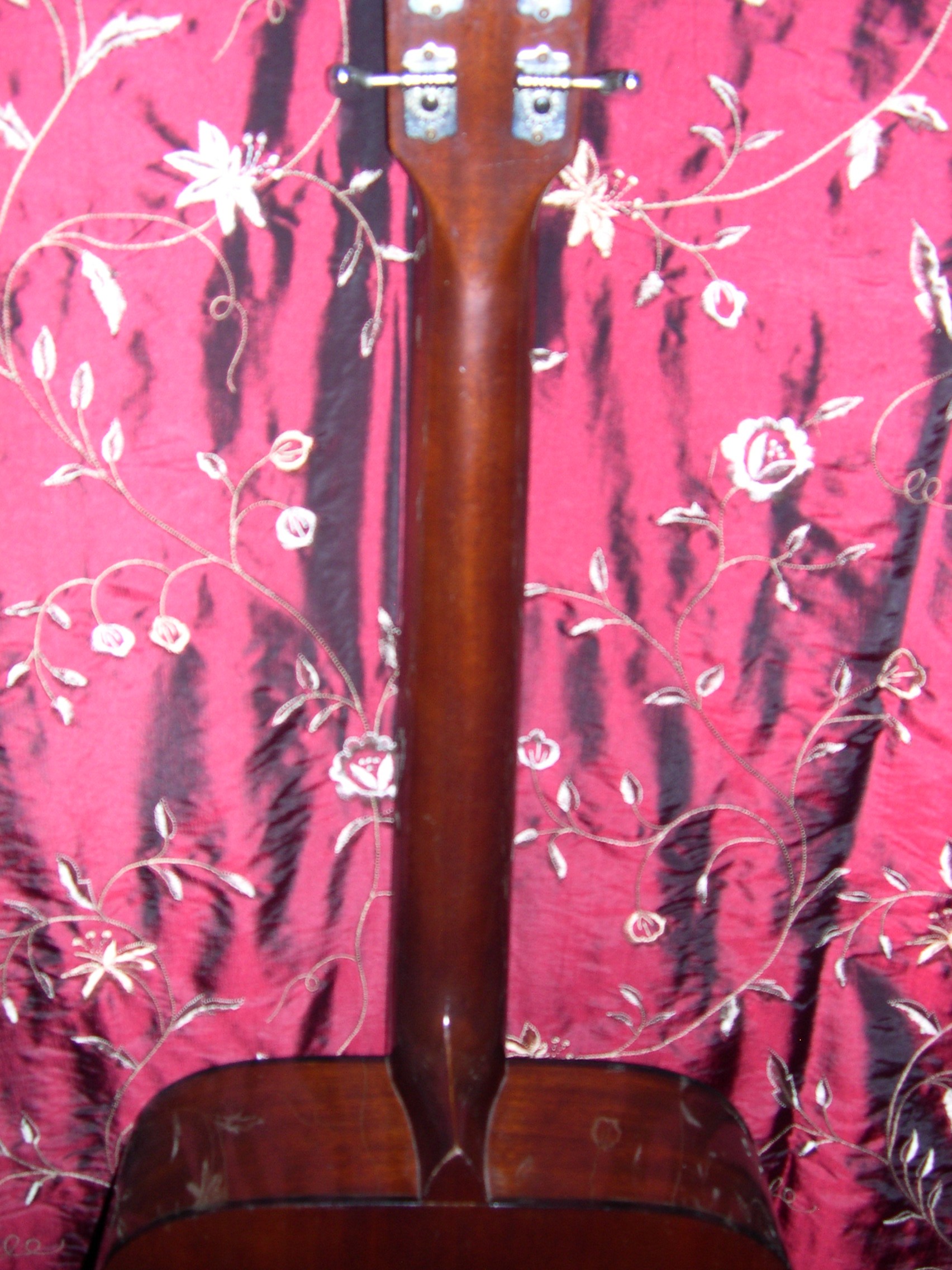 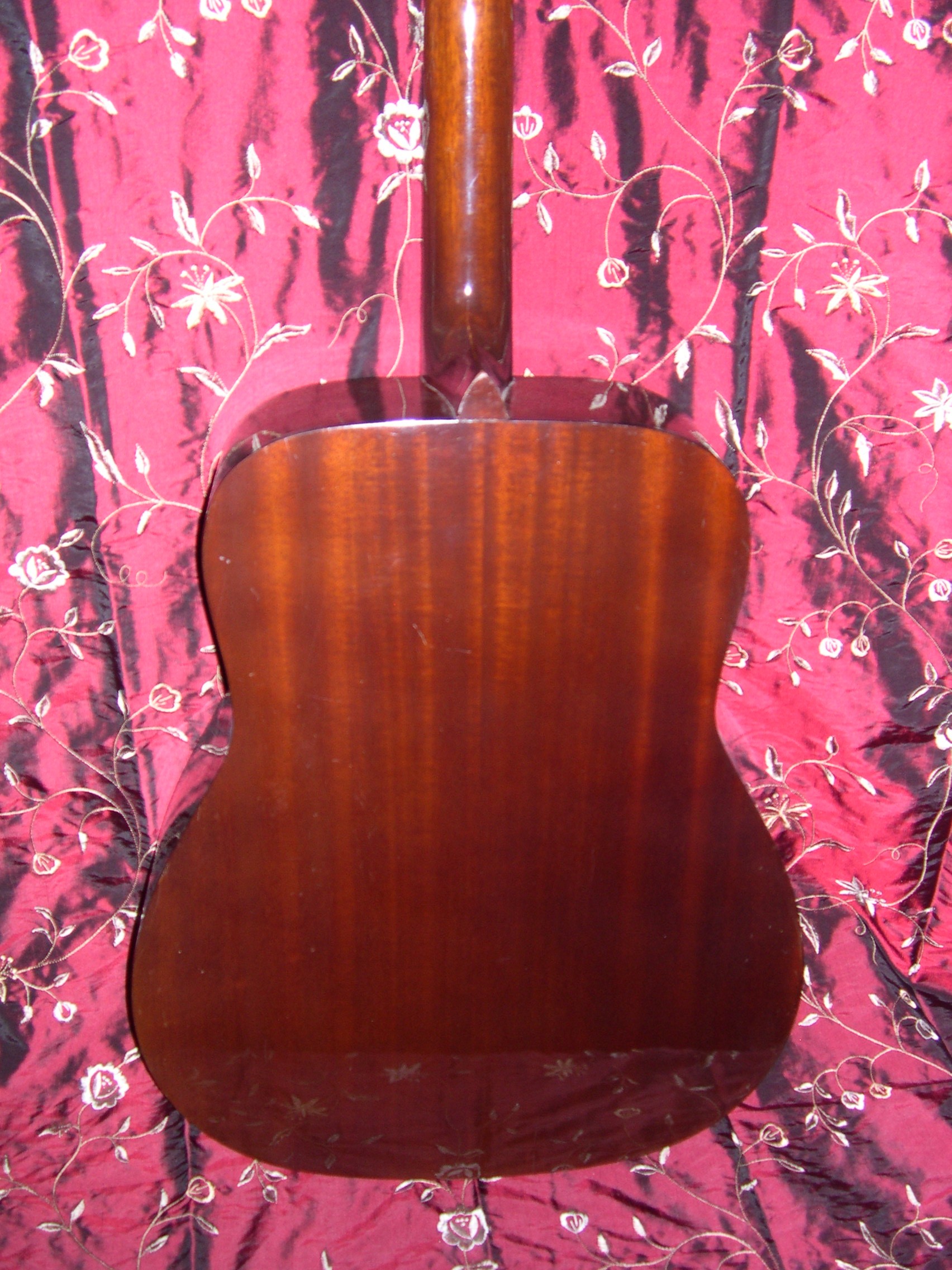 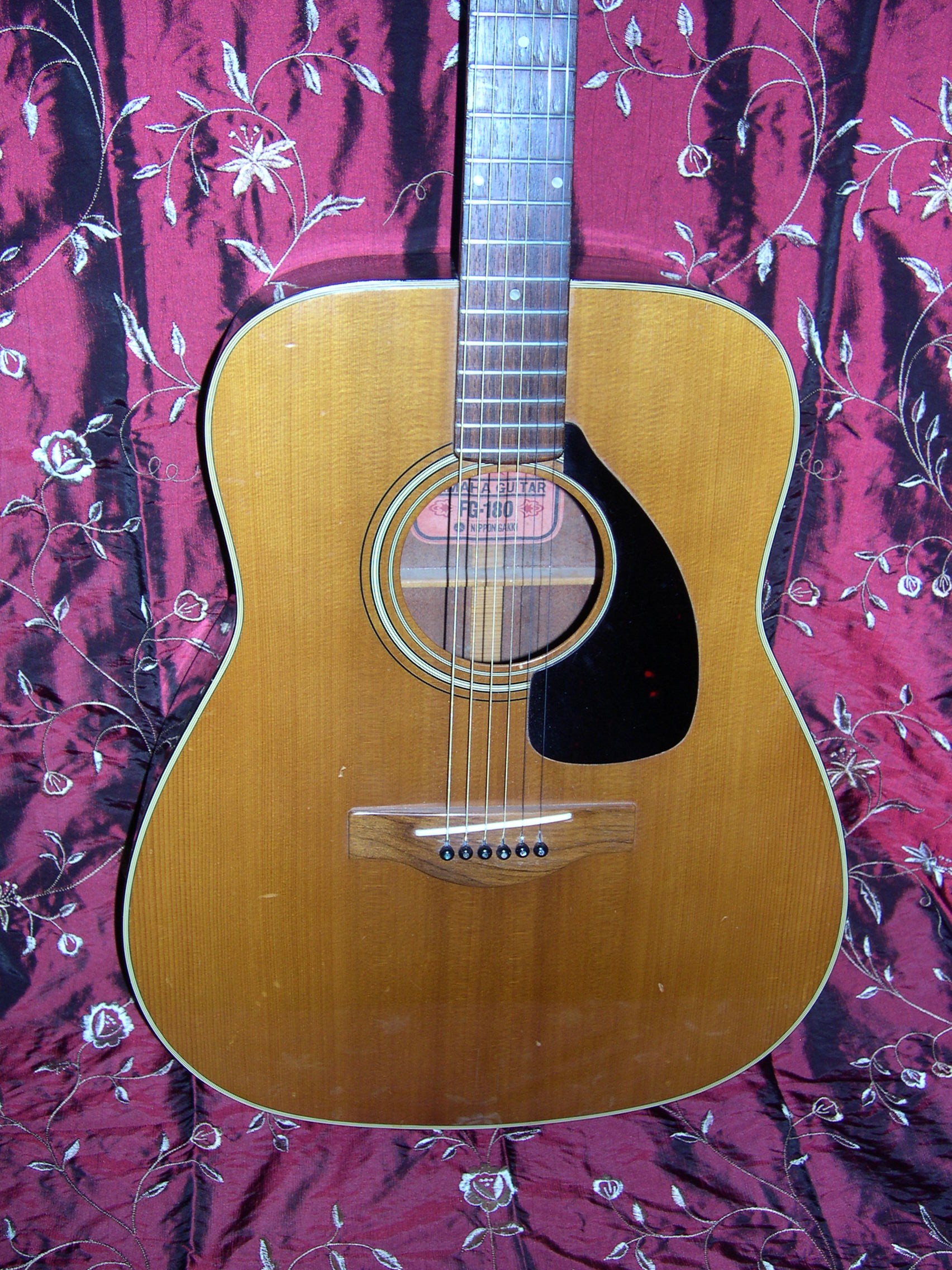 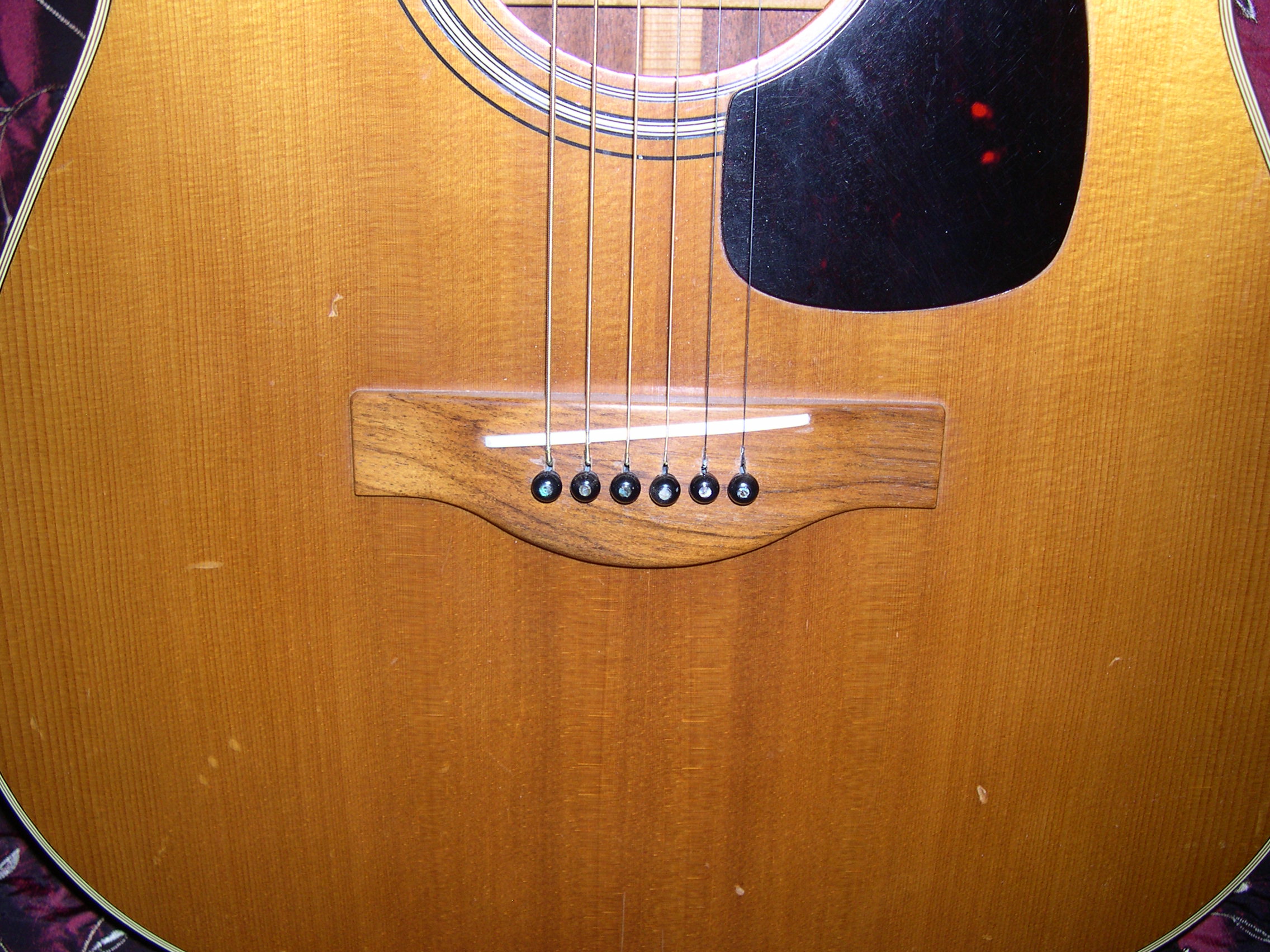 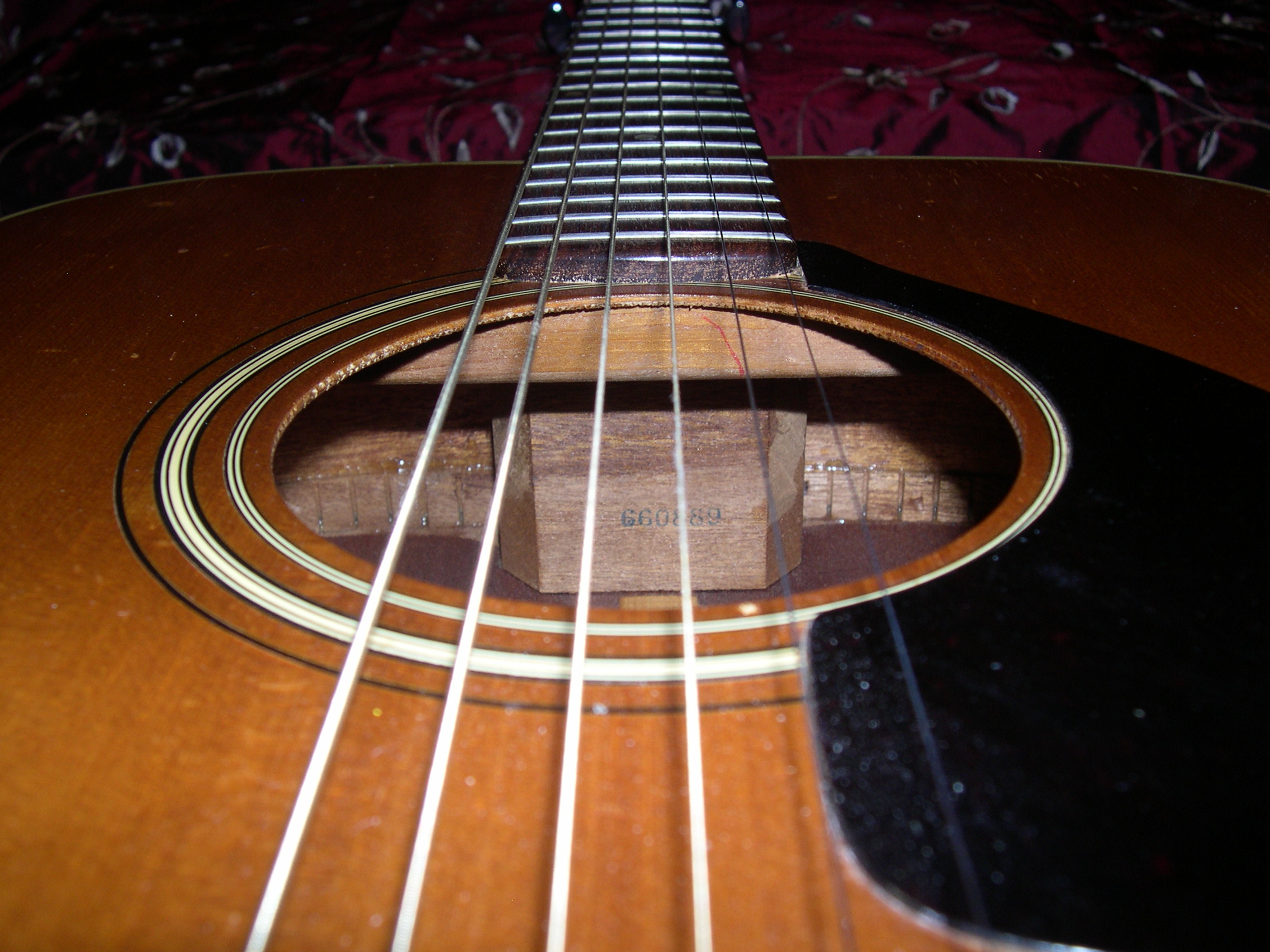 So concludes the presentation of my 1966 Yamaha FG-180 guitar. Feel free to contact me with any questions and/or comments.