This guitar is the "crown jewel" of my walnut-bodied Taylor acoustic guitars. I originally bid on it on eBay but ended up as the second-highest bidder. I was very disappointed but figured that it was simply not meant to be. Weeks later I received an email from the winning bidder asking if I was still interested in the guitar; he had received the guitar and had played it and found it so similar to his Cocobolo-bodied Jumbo that it didn't make any sense to him to keep it if there was someone else who might want and appreciate owning it. We exchanged several emails and later talked on the phone about the condition of the guitar (mint), the tone, playability and guitars in general. We eventually came to an agreement whereby the guitar came into my collection.

This W15, made in 2000, has the new, NT neck and the revised bracing instituted in that year. It is in absolute mint condition which is both a plus and a minus; it is a plus for obvious reasons (value) but a minus in that I do not leave it out to be played often. The tone is very crisp which indicates that it has not yet been played-in and I am not helping that occur. This will become another of my retirement projects - one that I look forward to.

The specifications for this guitar may or may not be listed on the Taylor Guitars website under the Jumbo style of guitar; since they no longer make 6-strings in this style you would have to consult the 12-string section for the body dimensions, etc. (17 inches wide at the lower bout). The back and sides are made of Claro Walnut and has wonderful grain throughout. The top is Sitka spruce and the neck is made from a single piece of mahogany. The fret markers are the early 900-series "Fler-de-le" pattern and the headstock has the matching, somewhat Celtic design; there are no electronics in this instrument. The top is trimmed in abalone as is the soundhole, making this a somewhat ornate instrument by my standards. The tone produced is what you would expect from a walnut Jumbo nut yet played-in - full and bright but deep with promises of further complexity of overtones. I usually have this guitar in the vault and strung with phosphor bronze strings, which may lend to the brightness of tone. As I find more time to play it I will experiment with different string types and, perhaps, gauges, though medium gauge is what originally came on the guitar and is probably best suited to it.

This is an excellent example of the original style, walnut-bodied guitars, prior to the use of grafted walnut stock. It is in absolutely perfect condition and came in the original, factory hardshell case in matching condition except for one broken latch. As with the W14C, you will notice a custom truss rod cover in the later pictures which was added to "personalize" the instrument in a non-destructive manner; the original cover was retained in case of the sale of the guitar at some point. 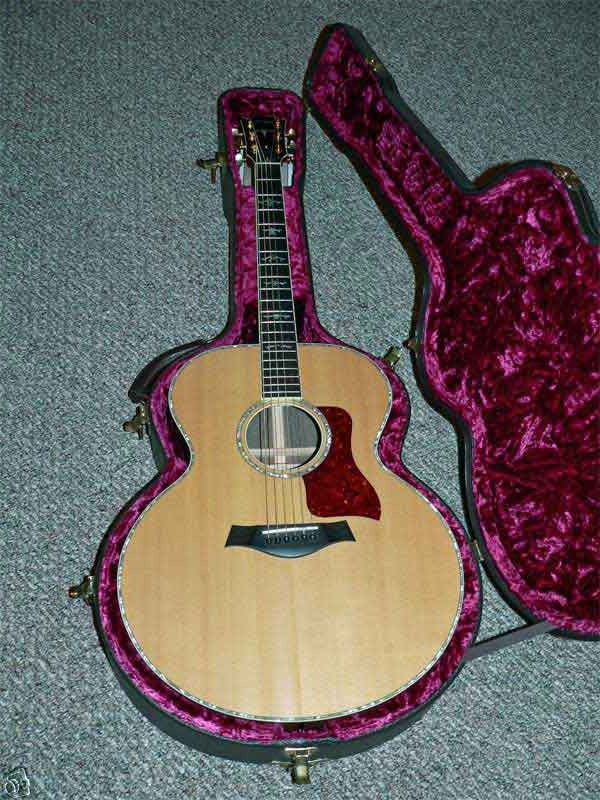 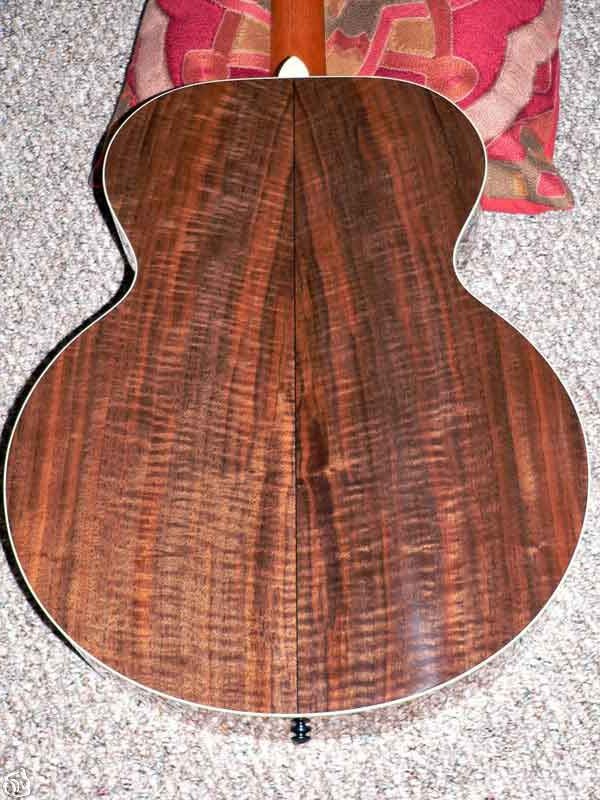 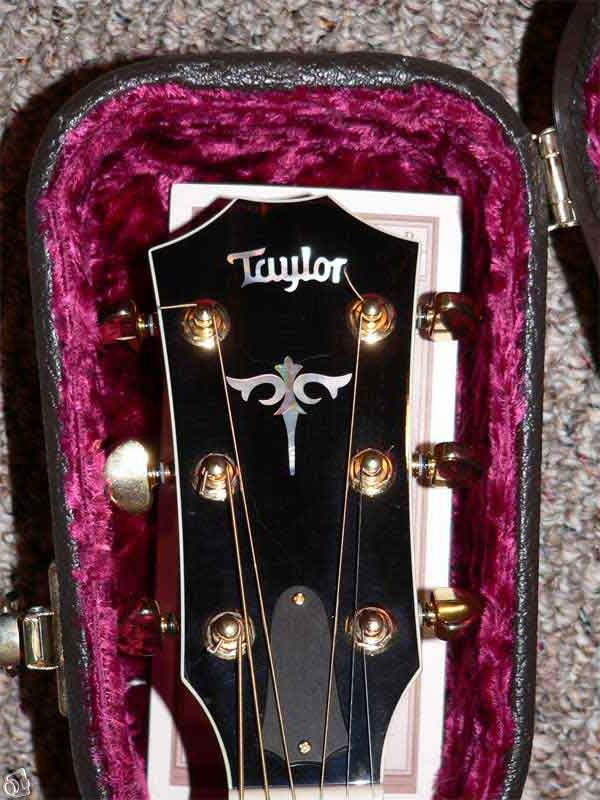 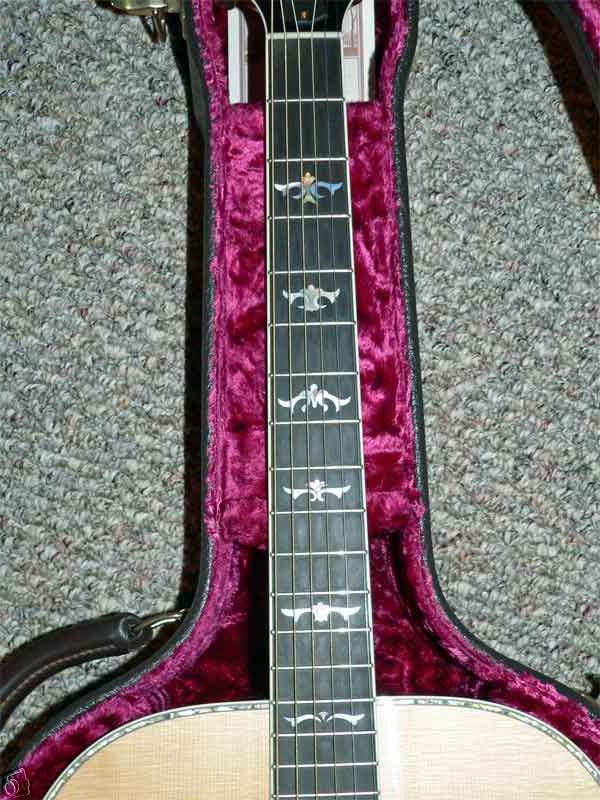 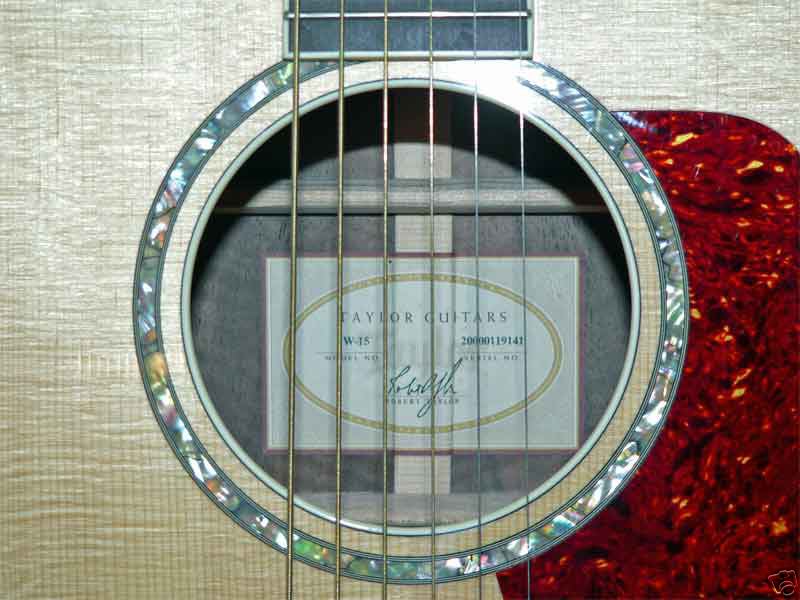 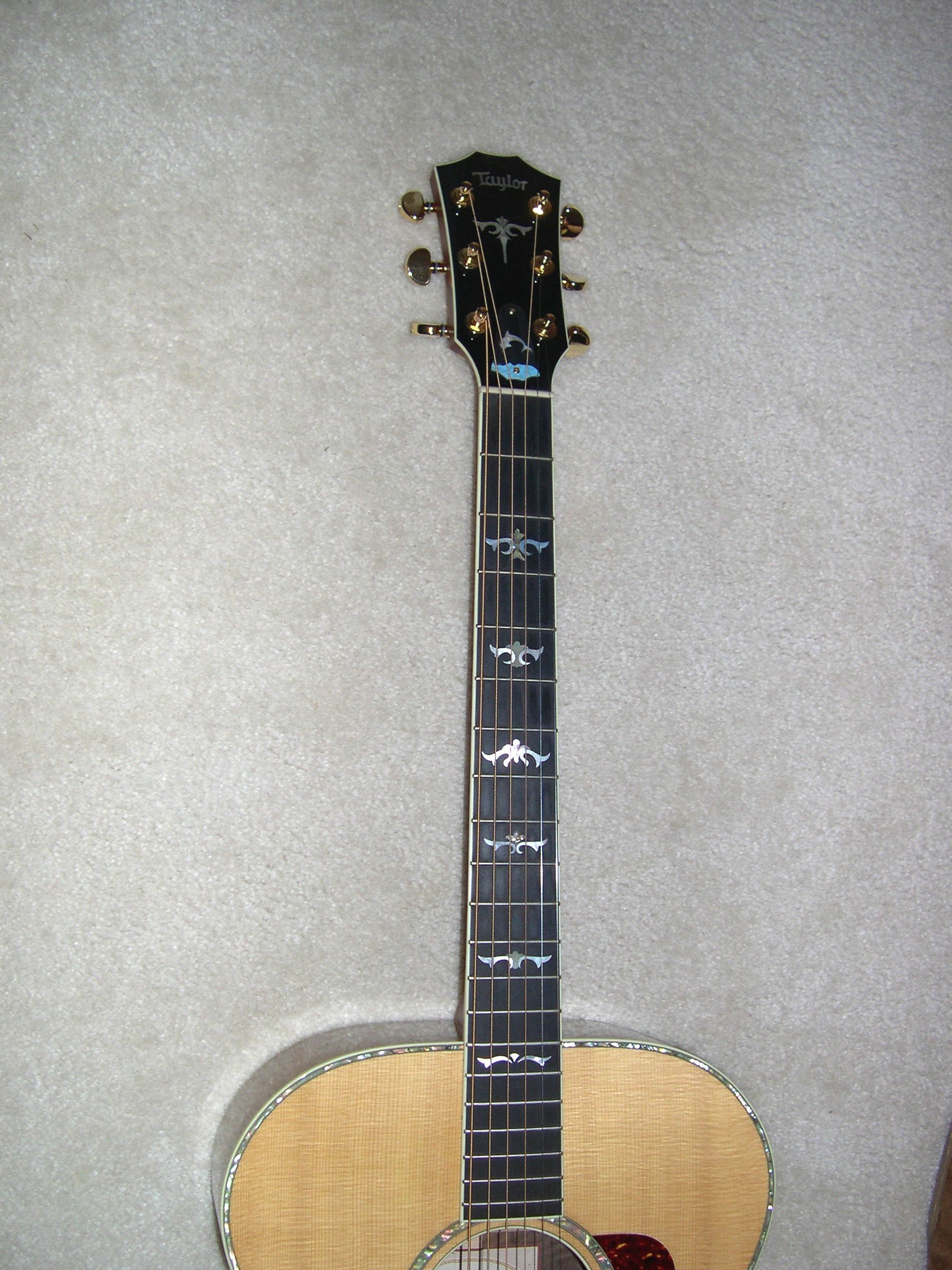 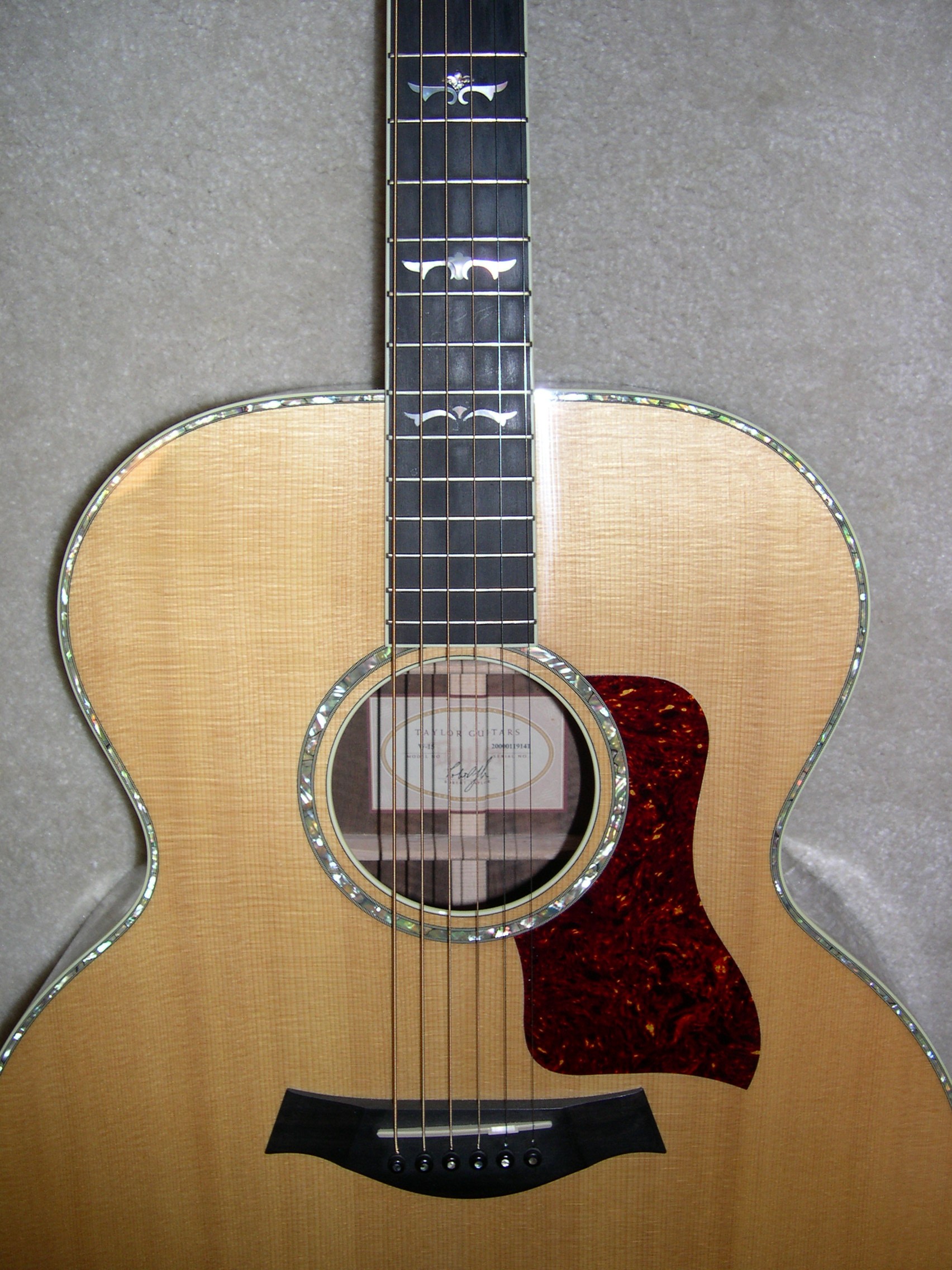 The guitar came in its original Taylor "Pink Poodle" hardshell case which is in absolute mint condition as well. You can here a short sound-bite of this guitar by clicking here.

So concludes the presentation of my 2000 Taylor W15 guitar. Feel free to contact me with any questions and/or comments. *8o)