The Taylor K22 Version II pictured below is the only koa-bodied guitar in my collection. It was purchased from a studio musician in NY who had used in on many occasions but was now upgrading his gear. The pictures of the instrument showed just the basics but enough for me to judge the overall condition to be good to very good and arrive on an estimated value. The small koa body produces a lot more sound than one would originally think and after adjusting the action to suit my style, it became a nice "parlor" guitar best suited to fingerstyle playing. The figuring and shade of the koa top makes this a very visually appealing instrument; the tone and complex overtones make it an aurally appealing one as well.

The specifications of these guitars is getting harder to find on the Taylor website with each passing day and I am not sure why. It is the Grand Concert body shape and size, the back, sides and top are all Hawaiian koa and the neck is mahogany. The ebony fingerboard has special stylized fret markers and the headstock is adorned with a simple design in the same style as the markers. There is no pickguard affixed to clutter the top or restrict its ability to vibrate freely. The soundhole rosette is abalone. The tuners used are gold Grover's, the nut is 1-3/4 inches wide and the neck contour is a rounded C-shape rather than the ultra-slim profile of the earlier guitars. No electronics were installed at the factory but the previous owner installed a Fishman Natural, undersaddle unit in the guitar. 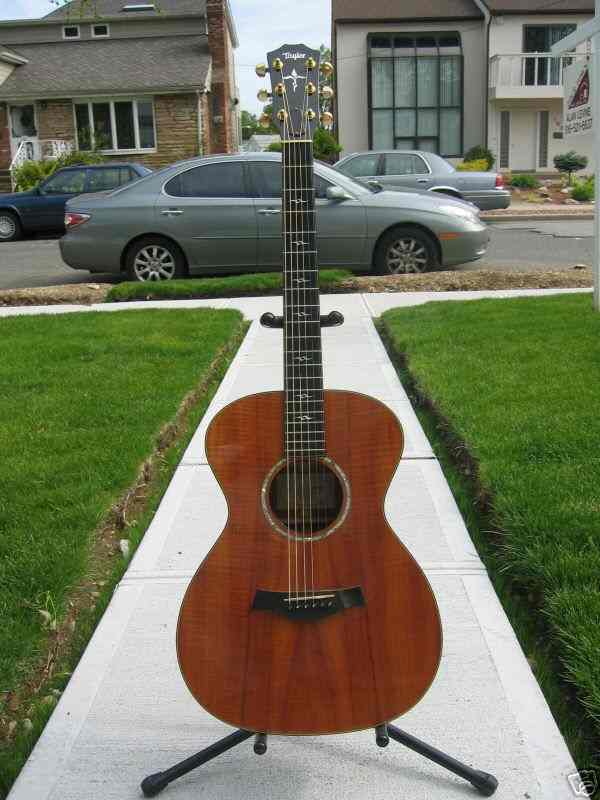 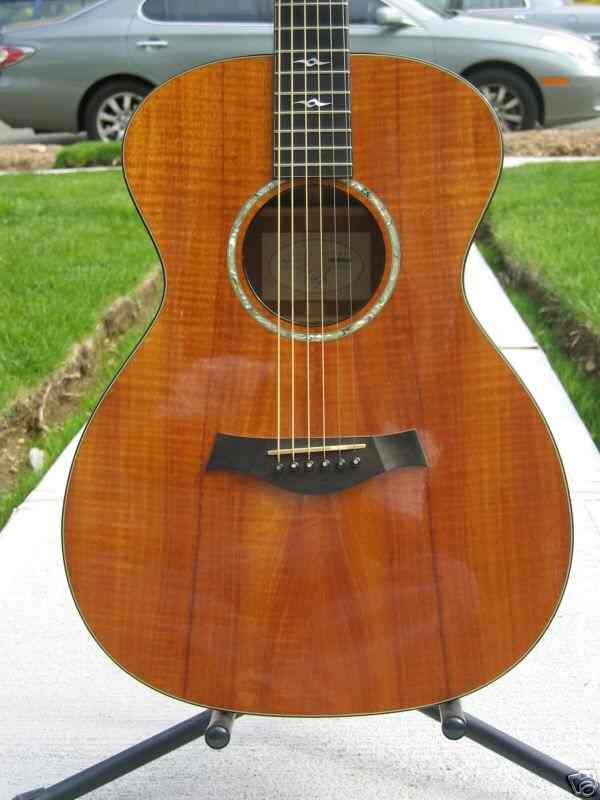 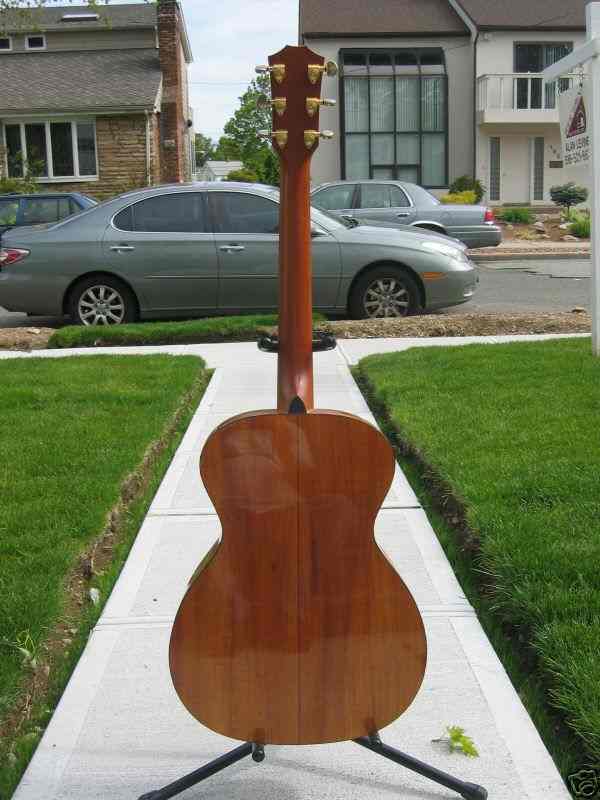 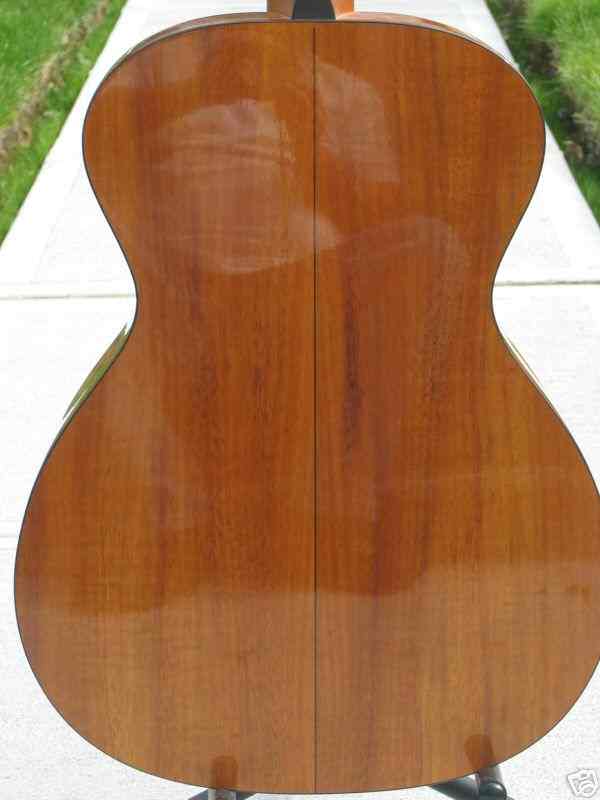 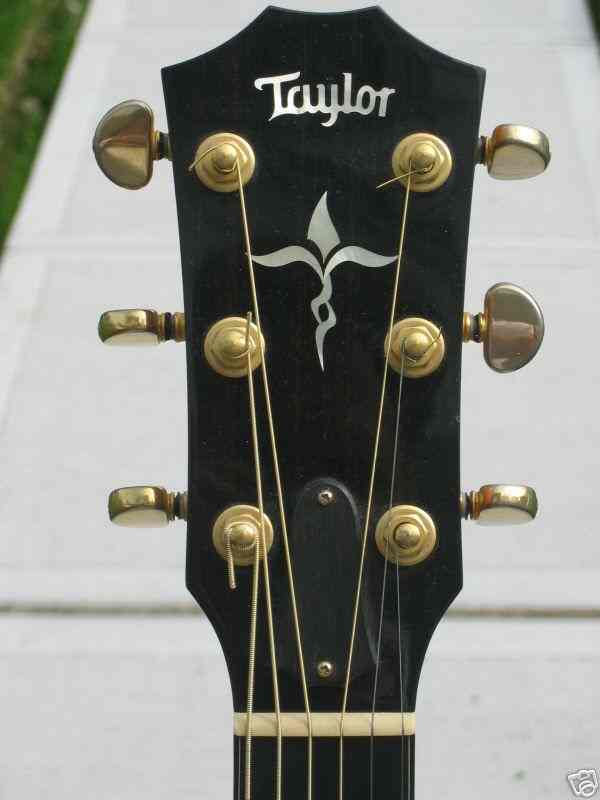 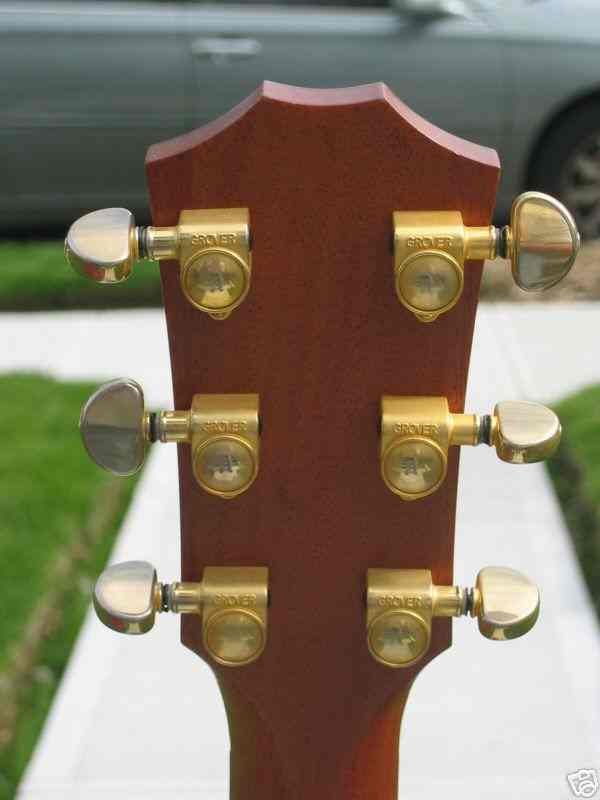 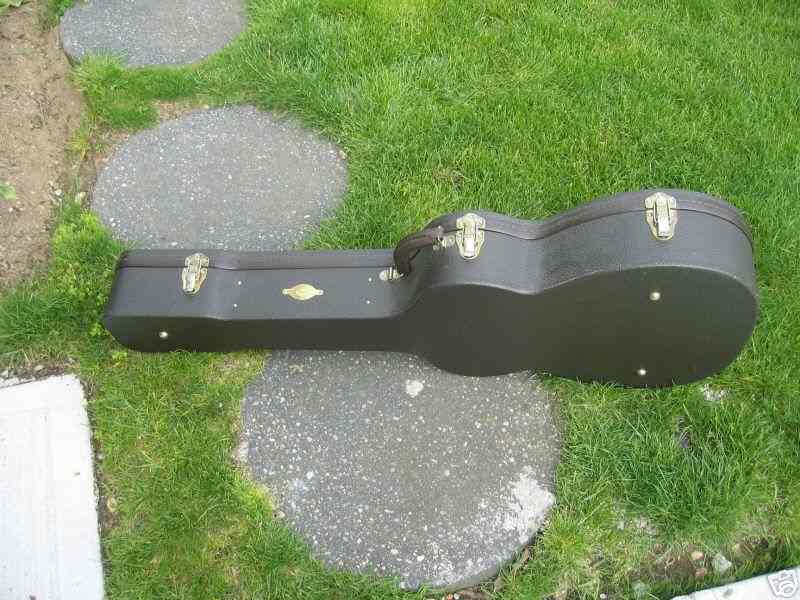 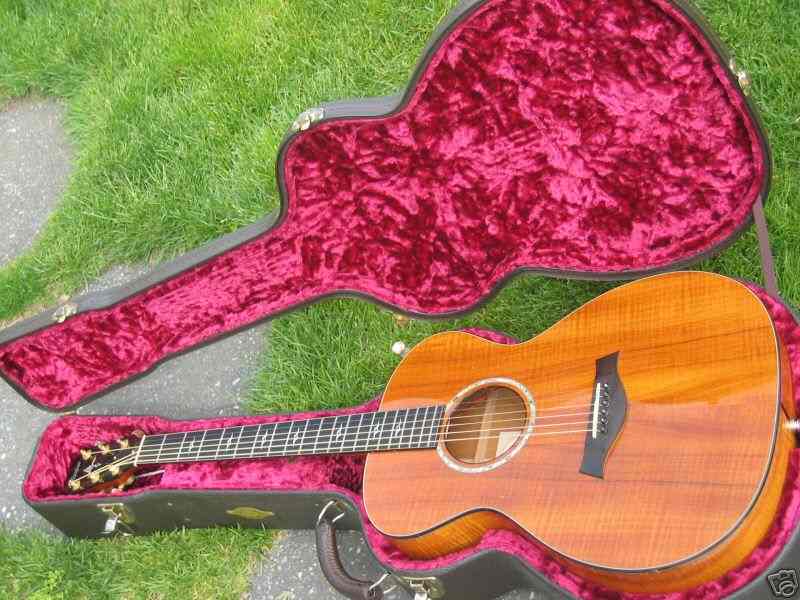 The guitar came in the original Taylor "Pink Poodle" hardshell case, shown above, which is in excellent condition. .

So concludes the presentation of my 1999 Taylor K22, a real treat for both eye and ear. Feel free to contact me with any questions and/or comments. *8o)