Welcome to Bozo's acoustic guitar web pages... if this is not where you intended to go, please exercise the "Back" arrow to return from whence you came. Otherwise...

I got this guitar from a good friend, Paul Blanco, when I was living in New Hampshire. Dire Straits had just released their first album and there were a couple of tunes on it that I was learning that used a resonator guitar. When I played one of them for Paul and mentioned that a resonator guitar was actually used on the album, he said, "Oh, well, then you need to have this!", and he produced this (well) used National Triolian. It's the only guitar (other than my first one) that I have ever had simply given to me. (Guess this fulfills that folkie right of passage in the 'this guitar was given to me by' category.)

The entire body of the guitar is metal, painted a sh%*-brindel color, and is decorated with Hawaiian stencils in black. The fretboard is some medium-dark wood that I doubt is rosewood because where the painted finish (yes, they painted the fretboard) has worn away it exposes a lighter colored wood beneath; it could simply be mahogany, like the neck. The headstock is plain with only what remains of the original National name decal for decoration. The neck and slotted headstock are unbound and painted the same color as the metal body. The tuners are the original tuners, as best I can determine.

The playability of this instrument is not very good after all these years of not being played. The action is higher than any of my guitars but the tone is pure vintage National. The neck on this guitar is a little loose and should probably be reset but this guitar would make a good candidate for a dobro setup just the way it is, and may get used for just that purpose - maybe in an open-D tuning.

No case came with the instrument so it currently resides in the damaged Martin SKB case that used to house my Martin D-35. It works fine since it sees little or no action outside of the vault.

I originally thought that this guitar was made in 1932, judging by the identification stamp of "1491P". Just recently I was contacted by a gentleman via the internet stating that it is a 1929 model as that was the only year they used that color (small wonder) and decal and that the "cut F-holes" were changed to rounded ones in 1930. Thanks, so much, for the correction and identification tips, Mr. Huey! You never know what you're gonna learn today... 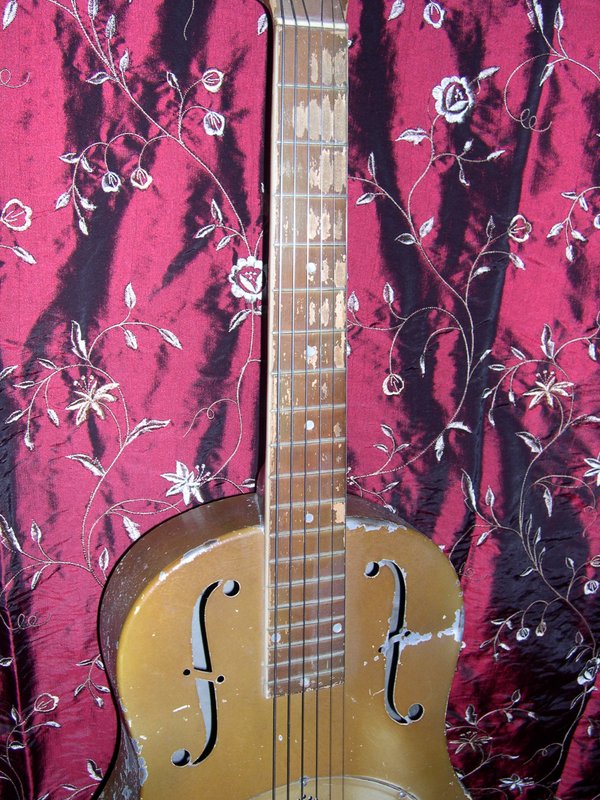 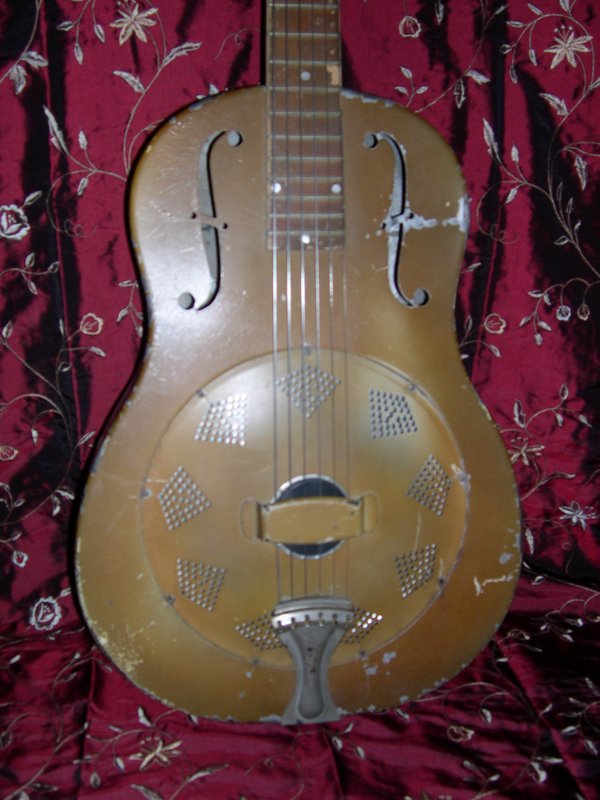 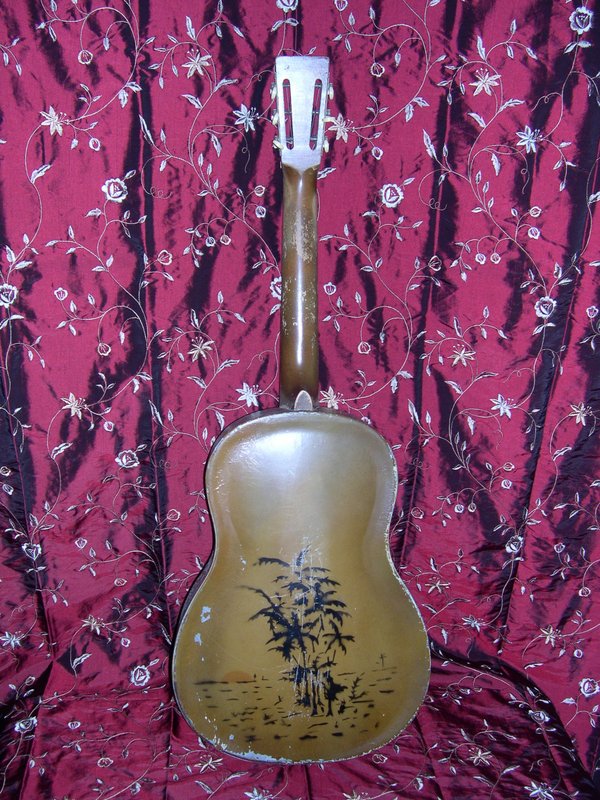 So concludes the presentation of my 1929 National Triolian guitar. Feel free to contact me with any questions and/or comments.