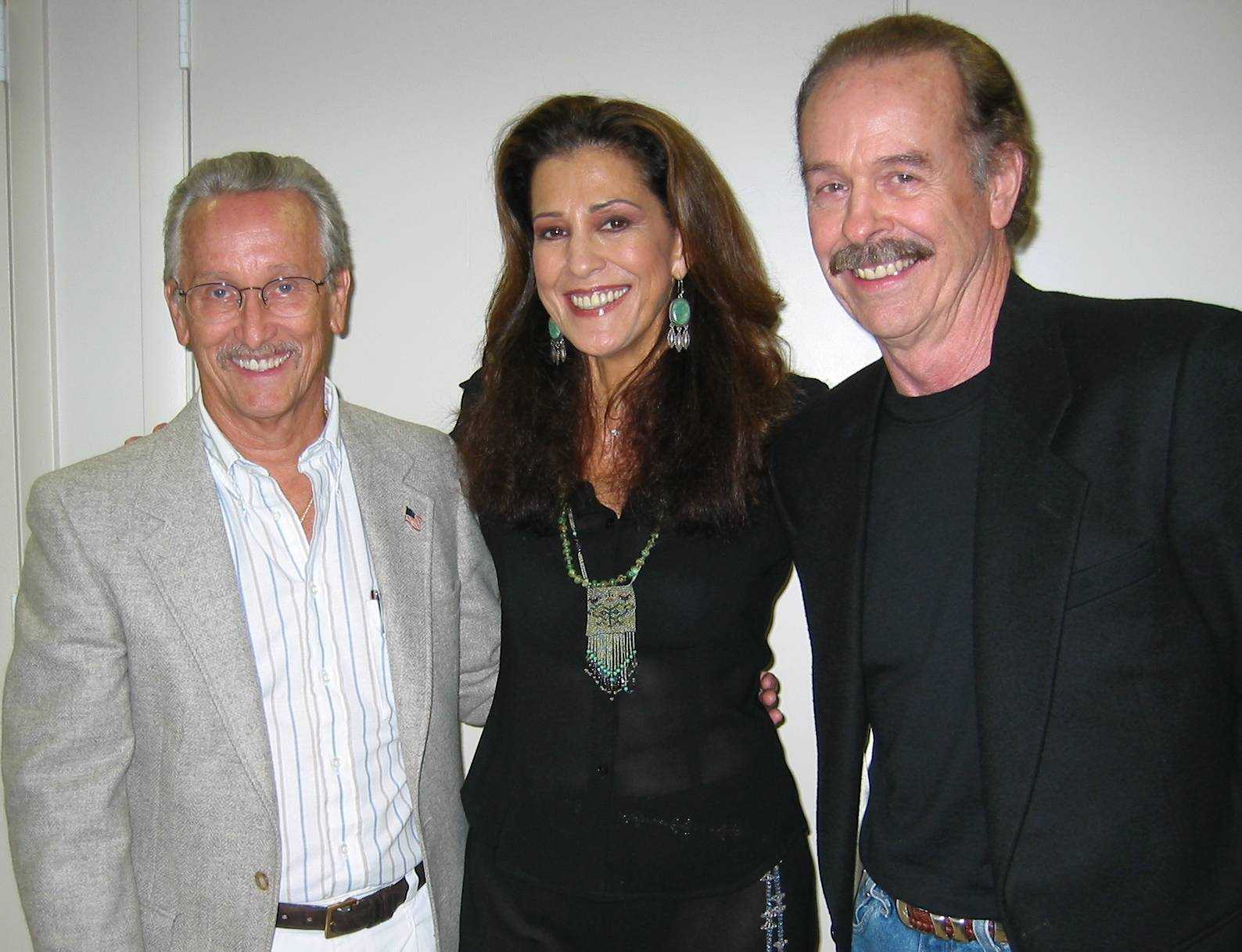 In late 2002 I recieved a telephone call from my old friend and singing partner Rail Guthrie. We hadn't seen each other or communicated since the early 90's so it was somewhat of a surprise to hear his voice. Aside from the shocking news that he was happily married to a British woman, Malone, he informed me that our college trio member, Rita Coolidge, was giving a benefit concert in Naples and would hold tickets for us if we wanted to come to the show and get together afterward. Since I hadn't seen Rita since 1972 at the Orpheum Theater in Boston and Rail and I needed to reacquaint ourselves as well, I jumped at the chance for a reunion. Rail said that Jim Scanlon, the radio DJ who engineered all of the college recordings for us, would be coming with Malone and him and that we could all book rooms at the same hotel in Fort Myers. This would allow us to get together with Tommy Powell and play some while we were there. In all, it turned out to be a great weekend, with Rocky and I meeting Malone for the first time and then getting together with Rita after the concert and catching up. The personal interactions were surprisingly similar to those we had in college! But the concert was great and Rita and her band mates were all great to be around - just a great night.

The following afternoon I spent some time visiting various spots around my old "hometown". Some were new, like the park and statue built to honor my old swimming coach Wes Nott, and some were old like my high school; I didn't go by the old house and never have since the day we moved my father out of it. That night we got together with Tommy and some of his friends and played till the early morning hours - it was the first time I'd played for longer than 30 minutes in probably 18 years. I'd forgotten the joy that music brings when you do it for the simple pleasure of sharing it with other friends. I found that, not only did I miss it, it brought me a sense of piece and place that I hadn't felt for quite a while. It was a pivotal event. 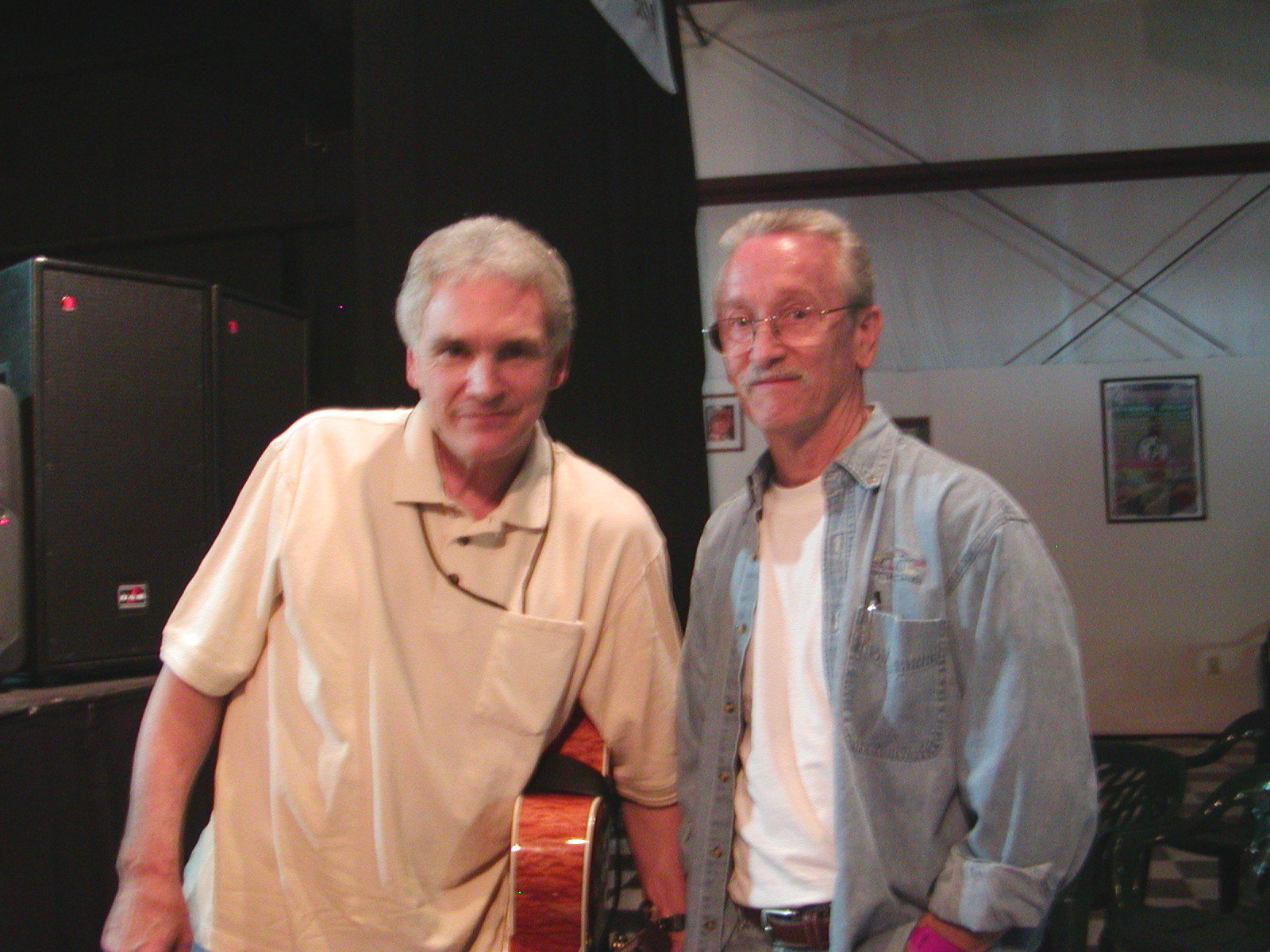 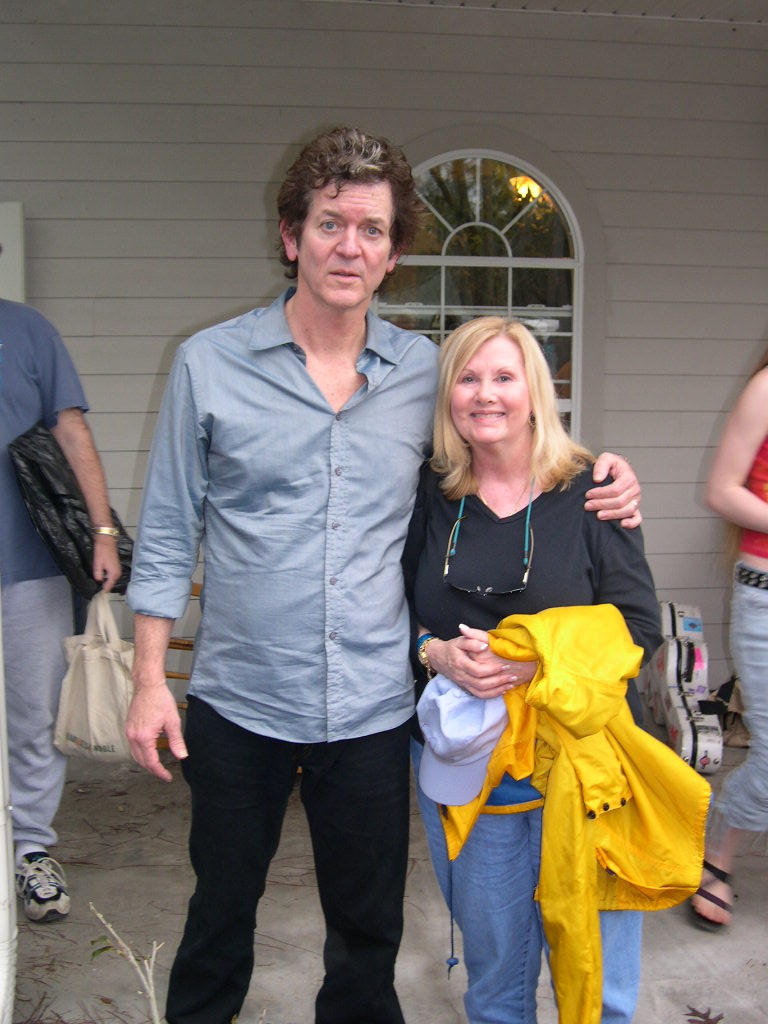 After that, Rocky and I made several trips to Tallahassee, where Rail and Malone now lived, to join in their music parties and just have fun. They also introduced us to Springfest, the annual weekend music festival held at the Suwanee Music Park in Live Oak, Florida at the end of March. Over the years we discovered and met many artists at Springfest and some have become our favorites, such as Verlon Thompson, Guy Clark, Rodney Crowell, The Duhks and Uncle Earl. We met other, lesser-known artists too and found them all to be energetic and positive influences to body and mind. For me, it was a time of rebirth and rejuvenation!

I began playing again in earnest. My nephew John asked that I play at his wedding so I had to actually rehearse the instrumental tunes I had chosen for the occasion. This gave me both reason and focus and helped me keep "on schedule" with my playing. Rail's music parties, held for any reasonable excuse, did the same and I owe him a great debt of gratitude for getting me playing again.

In 2004, Rocky bought me an electric guitar that I had found on eBay for my birthday. It was my first foray into those treacherous waters but would not be the last... In February I was diagnosed with having a very rare form of eosynophilic pneumonia; they do not know what causes it and the only treatment known is high doses of steriods (prednisone) for an extended period of time. Well, for those of you that have never taken steroids, let me tell you that they make you feel great, almost indestructable! (Note: I continued a fairly rigorous workout program all during my illness and this might have enhanced the euphoric sense of well being induced by the steroids as well.) During the same period I had also discovered that eBay had LOTS of guitars for sale at well underthe retail, or even wholesale, prices. And I went just a little nuts...

The quest for the perfect guitar is really futile because each style of music and even individual songs within a single style may call for different tones, etc. Well, I acquired a number of autoharps, mandolins and guitars (both acoustic and electric) during the following 2 years to cover any need I might have for different tones and styles. Each has a character of its own and I truly believe I could identify each one simply by playing it - even blindfolded. In any event, I bought a lot of instruments during my medicated years before I began to realize that I might be a little over the top. Rocky was understanding but not pleased; thankfully, they will probably make good investments either in terms of return on the investment or use in my musical pursuits. I gained a real appreciation for vintage instruments and their craftmanship as well as a firm appreciation for the guitars produced by Taylor Guitars.

In order to justify my purchase of all these instruments I had to play more and was traveling to Delray to play with friends Cass Sumrall and Leon Howell a couple of times a month, if not more frequently. I was also playing more at home since Rocky (and Strider too) seemed to actually enjoy hearing it. But, although my playing was improving, I was still not venturing "out" to join the local music scene...

This section is still being written so, please stay tuned and tell me if you are waiting (with bated or unbated breath) for this section to appear!