In early May of 1970 I moved to Cambridge, MA to join a small software company doing operating systems and applications for Data General minicomputers. I packed up what I could carry in the Sunbeam Tiger and headed east from Manhattan Beach without a clue where I was going to live or the type of climate I would have to endure, leaving my girlfriend and working associates behind. My chosen route would take me on mostly interstate highways until I got to Ohio and then I would switch to the secondary road to enjoy the short drive across the state on US 50 to Marietta, where I would visit my grandmother before making the last part of my drive to Cambridge. As it turned out, this was poor planning on my part since that road took me directly through downtown Athens, Ohio, a college town in turmoil after the Kent State University shootings the weekend before. The whole scene was like a tinderbox waiting for a match with students hanging out of the windows while armed SWAT teams patrolled the streets and sidewalks. No parking was being allowed on the streets and, since traffic was bumper-to-bumper, traveling at a crawl, the Tiger was soon overheating badly. I managed to make it to a filling station at the center of town (and most of the action) to wait for the car to cool down enough for water to be added to the radiator, enabling me to continue on. It was the longest 90 minutes of my life. Thankfully, no one did anything stupid and I was able to refill the radiator and "get the Hell out of Dodge", as it were... The rest of the trip was uneventful and I had the best visit with my grandmother I ever had! Sadly, it was also the last...

Settling in at Cambridge took a little time. Thanks to Serena, my secretary who let me move in with her and her room mates for several weeks while I found an apartment, I had people who knew the area to help me. Within 3 months the girlfriend I had left behind became my fiancee and then, in August, my first wife. We rented a small, railroad apartment (4 room in-line) just off Porter Square (at 15 Upland Road) - just up Massachusetts Avenue from Harvard Square, one of the local music hubs. Though I was working 60-75 hour, 6-7 days a week, we still managed to socialize with people we had me in the apartment house or work. Some turned out to be musicians and introduced me to some different styles. For some reason, not much of it "took" though I did managed to incorporate one or two of the idioms into an instrumental tune that remained unnamed until just last year (2008) when it was finally given the title "Lover's Lullaby". (This was one of the tunes that I picked to play at my nephew John's wedding many years later and remains as one of my favorites.)

In 1972 we bought a house in Wilmington, MA (where my father was born in the Congregation Church Minister's home) and became part of small-town life. My work remained my primary activity until the recession caused our client-base to "cut back" and the company closed its doors. (This gave me more fodder for thought and ended up providing the impetus for the tune "Bit Banger's Blues". A separation and subsequent divorce followed shortly thereafter and I ended up taking a job with Honeywell developing the software for their new minicomputer (Level 6). This left me with a fair amount of "free" time living with just the cats in the Wilmington house, so I started playing guitar again.

I soon met a young singer/songwriter, Buffie Groves, through the mother of her singing partner and we got along as great friends. She encouraged me to keep playing (or was it just keep practising?) and writing and later was instrumental in getting me to perform again at Boston's Sword In The Stone coffee house. It was during this time that I bought a 4-track tape recorder and stereo mixer and began to get involved in audio recording. I did a lot of recording of my own tunes, doing the overdubs with different instruments and harmonies, and was soon pretty comfortable with the process and offered to do some recording for Buffie as well. This resulted in some wonderful recordings of her original material. Thus began my stint as recording engineer. 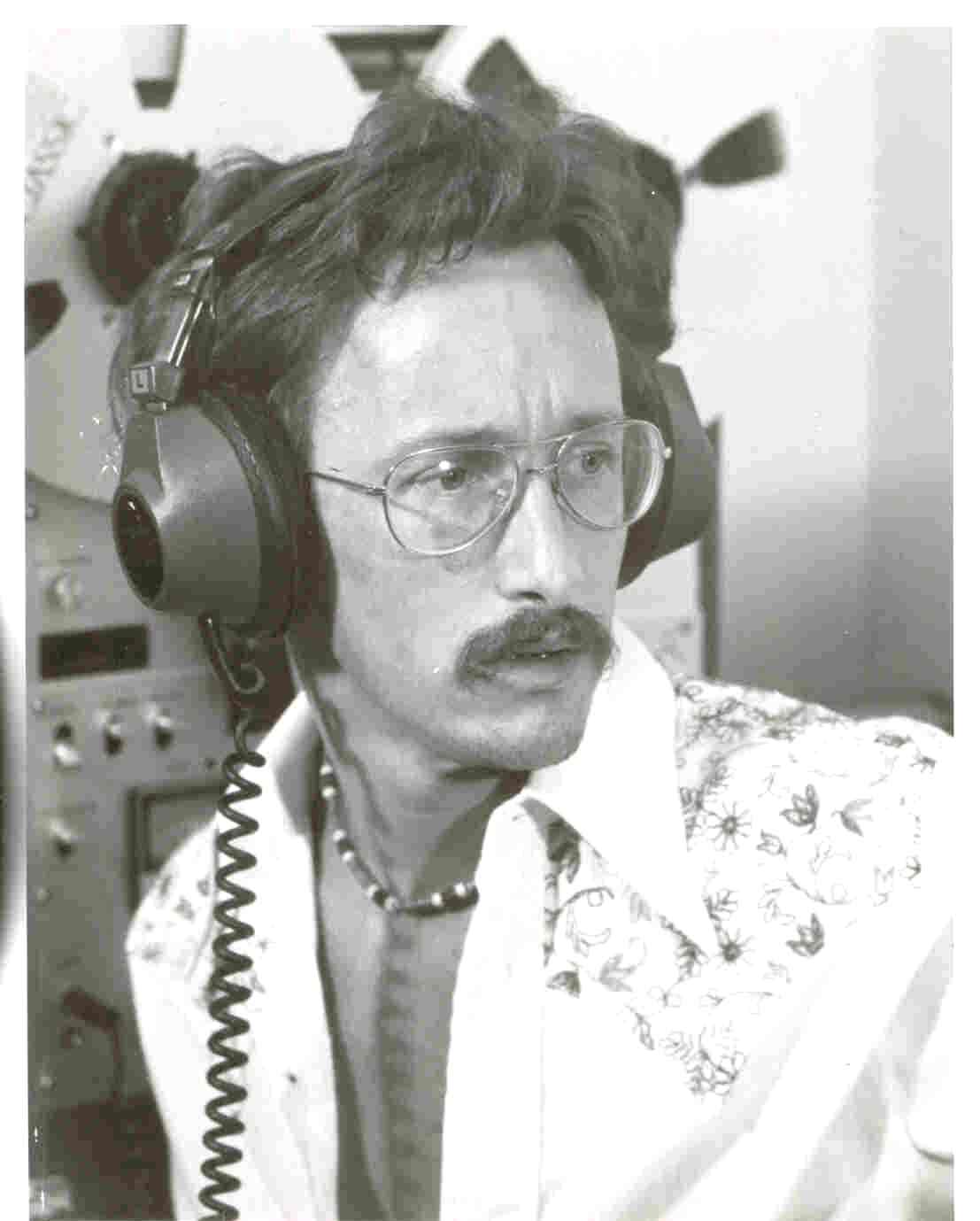 This became a very productive period in my life as I was exposed to a great deal of original material being done by the original artists. During the recording process you get to know them pretty well as there is a lot of time spent mixing and discussing the music itself and other topics which may or may not relate to the music. I was also following some of the artist to their club dates in order to support them (no, I was NOT a male groupie!). They were always supportive of my efforts so it was a very symbiotic relationship. Just being around all that creativity instilled the desire/need to be creative myself and there were a lot of tunes written around this time. There was also a lot of photography, leading to another live-in relationship, and live music being done. A lot of this revolved around a Boston-based band, Long Tall Sally. 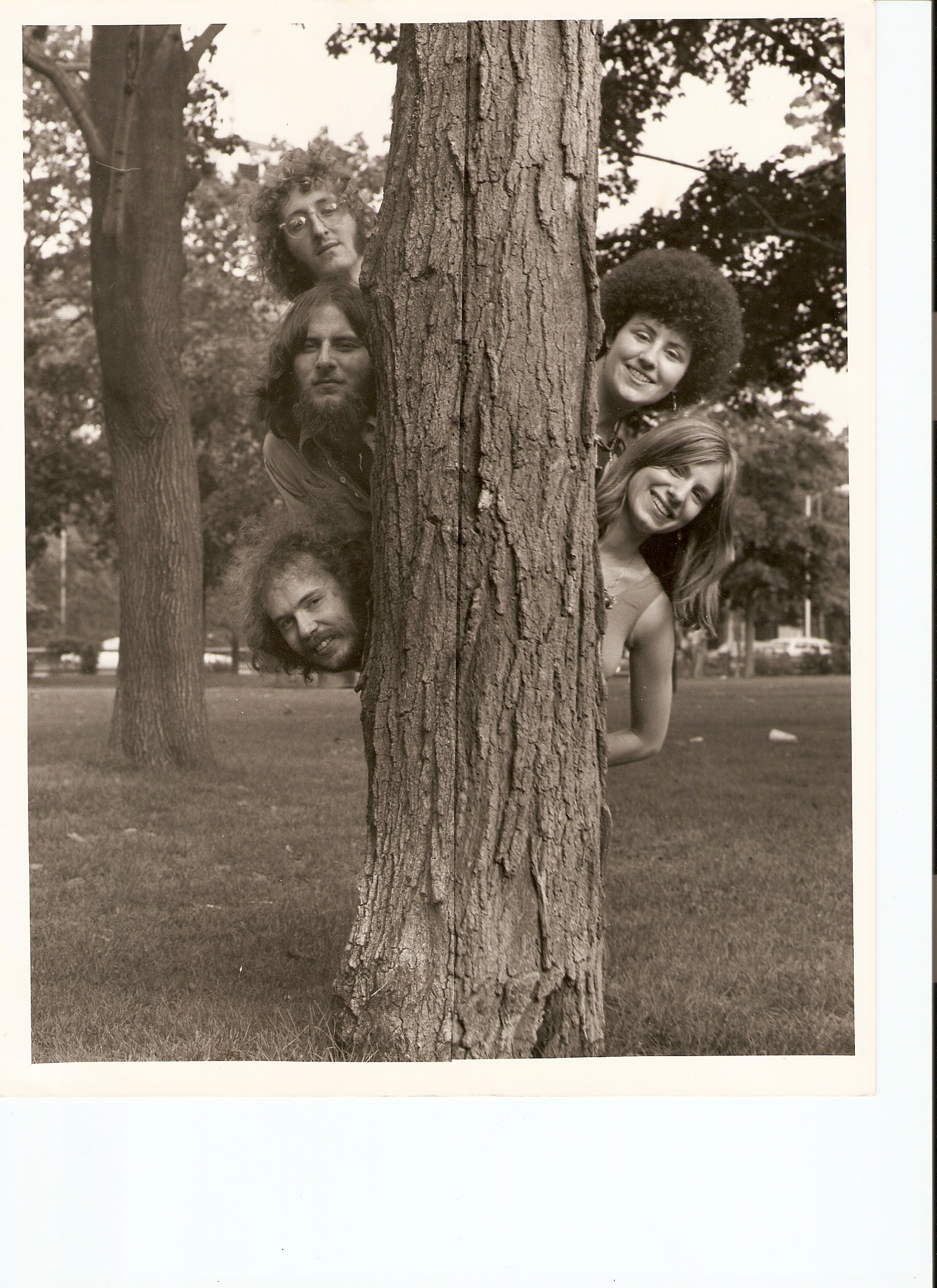 Long Tall Sally was composed of Didi Stewart (now an instructor at Berkelee School of Music), Peggy Black, Bill Burnett (who later played the lead role in the Broadway production of the Phil Ochs Story), John Putnam (who would later record and tour with Richard Shindell) and a drummer whose name escapes me. All were very creative people, good musicians and writers of tunes that made you both dance and think. One of their "signature" songs was Reason To Cry but there were several others just as good (or better, according to some). They worked the small club circuit in eastern Massachusetts and if it was not a stupid long distance, a bunch of us would usually go to give support (and drink beer). We did one demo tape at my house with the drums blocked out in the diningroom and everything else in the livingroom - including the recorder and mixing board; this session is the source of the above recording.

Didi also returned to my home studio to do a solo demo tape (yes, we made cassettes back then) following the disbandment of LTS when Peggy and Bill moved to New York City. Unfortunately, those recordings were lost over the years but I did buy her Sound City keyboard from her when she wanted to upgrade to a better unit. I still have that keyboard to this day...

John Putnam also made recordings at Imladris Studios for a PBS special documentary on the metamorphosis of butterflies. You can still catch this program on PBS every so often and the music is the same as he recorded with me.

By far, the most recording was done for the group Haven and its members Buffie Groves, Dean Groves, Freddy Tane and Peter Knight. Since I only had a 4-track machine to work with, many hours were spent recording, then mixing the tracks to a 2-track and bouncing them back just to free up two more tracks for more backing vocals, etc. It was a tedious and time consuming process but the end result showed the writing and performing talents of the group as a whole. By that time I had moved the recorders and mixing boards up into the "snake room" (another story altogether) making more room available both downstairs and in the upstairs (and only) bedroom. It got interesting when we were recording with people on both floors and all in different rooms!

About this same time, I decided that, having all these musical friends, I should have an annual music part to celebrate... oh,... how about the coming of Spring in New England? I dubbed it the "Rites of Spring" party and scheduled it for the Memorial Day weekend. Each attendee brought a covered dish or whatever, and was expected to give a 3-4 tune short set in the evening (if they were a musician). These short sets were recorded and later mixed down for distribution to each performer (on cassette, no less) as memontos of thanks. The first event was small but featured some great music; the following year's was bigger and better than the first. This was a trend that would continue...

More to come from this period ... stay tuned...