During the late '70's I was living in New Hampshire but spending a most of my time in NYC, working a lot of evening and late-night hours, leaving me some free time during the day to wander through the music district - a bad combination. I would spend afternoon lunch hours poking around Sam Ash or Manny's or any of the other, lesser-known shops in the district looking for that next real "find"; that's when I came across the 1967 Gibson ES-335-12. I had read about these in Guitar Player magazine and in interviews with Pete Townsend and John Entwhistle (now THERE was a collection...). They were only made for one year due to poor sales, maybe due to the fact that they did not utilize a wider neck to accommodate the additional strings, which makes for a tight fit for even the average-size hand. But if you have smaller hands, you're in like Flynn and can enjoy the power of 12-string tone without having to wish for additional length in the fingers and hand.

Even so, it takes some getting used to in order to play cleanly and not end up muting some of the strings by accident. Further, it does not produce that "jangly" 12-string sound of the Rickenbackers but, rather, a very full, dense sound all its own. This came in its original, black tolex hardshell case which shows some wear but is otherwise in very good condition. The guitar itself is complete and totally original as well. 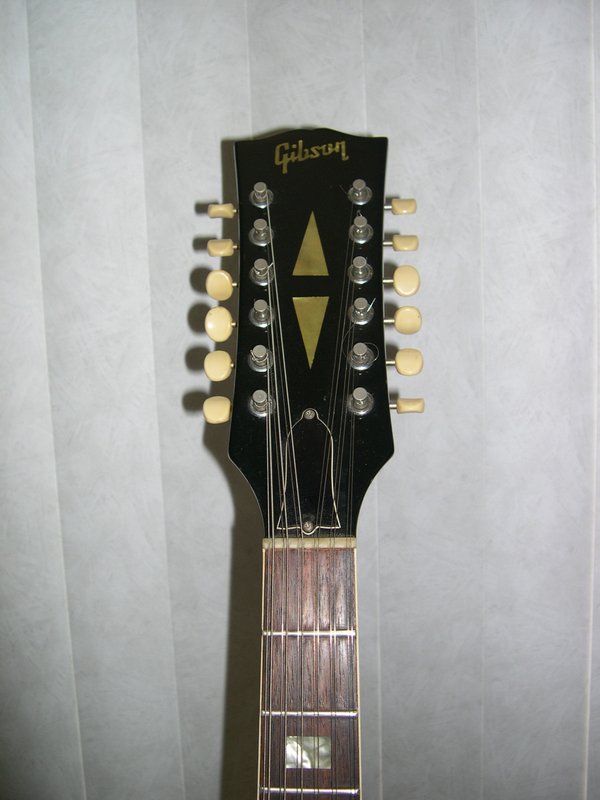 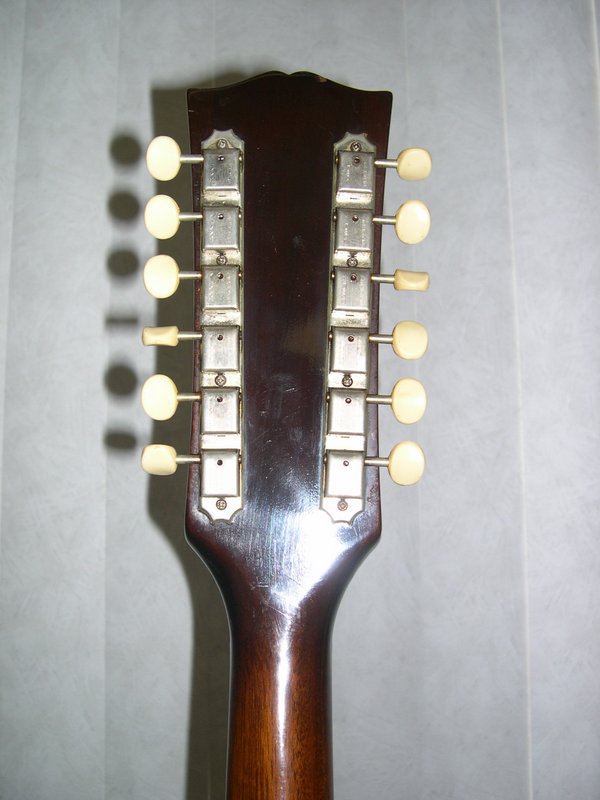 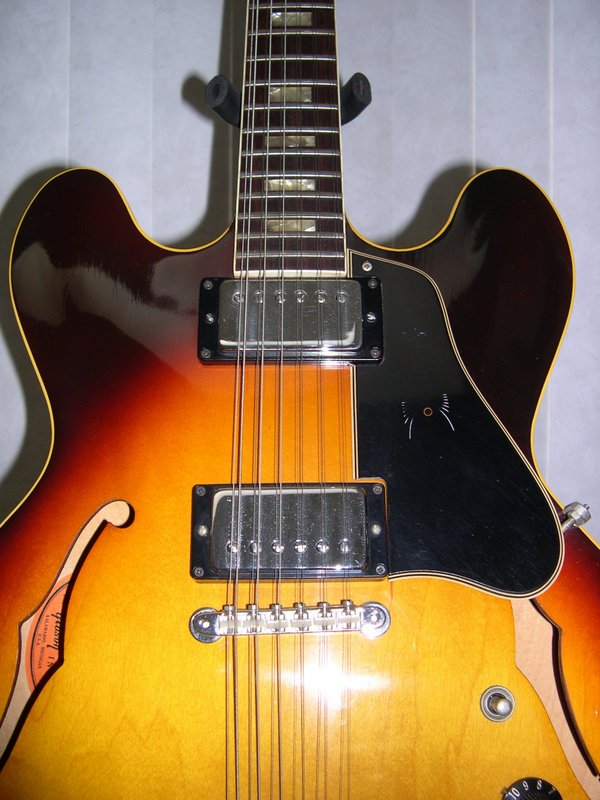 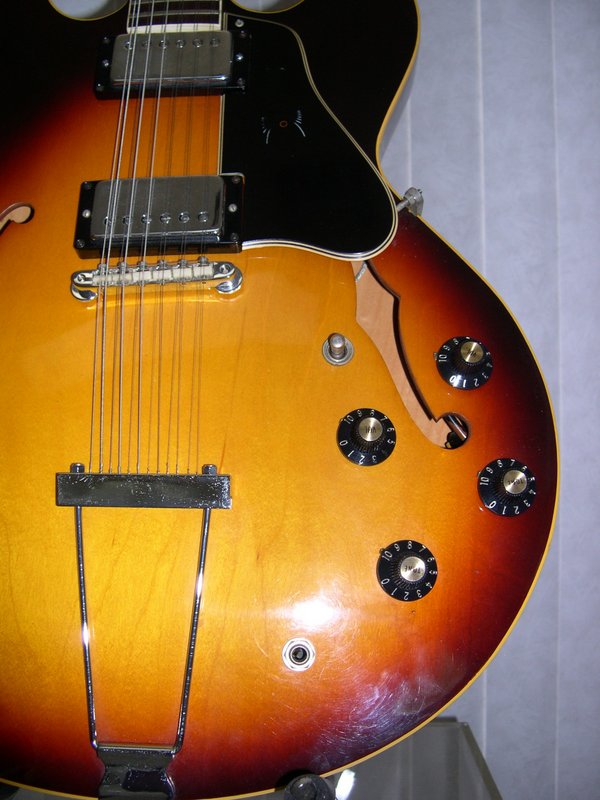 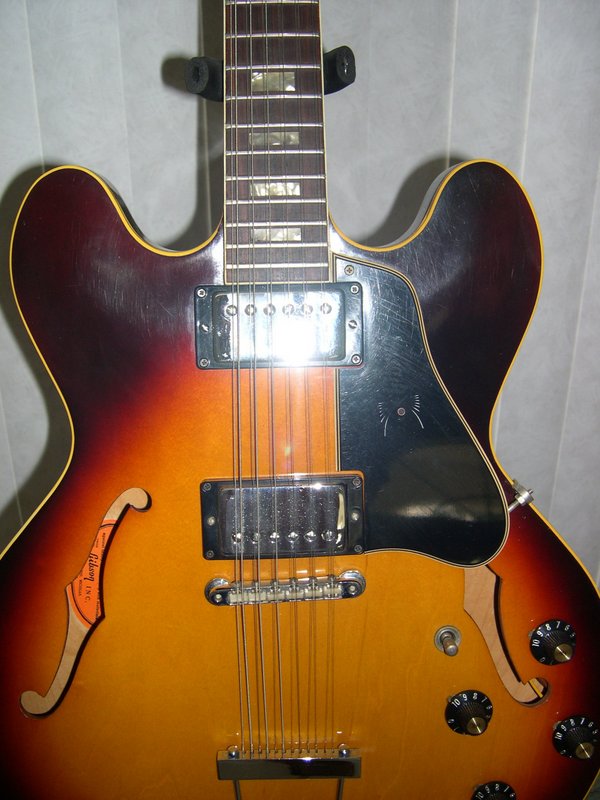 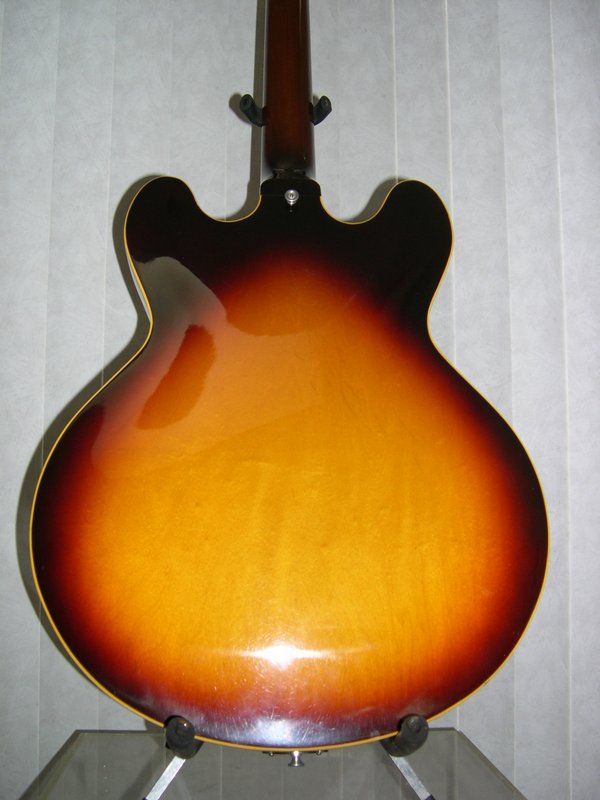 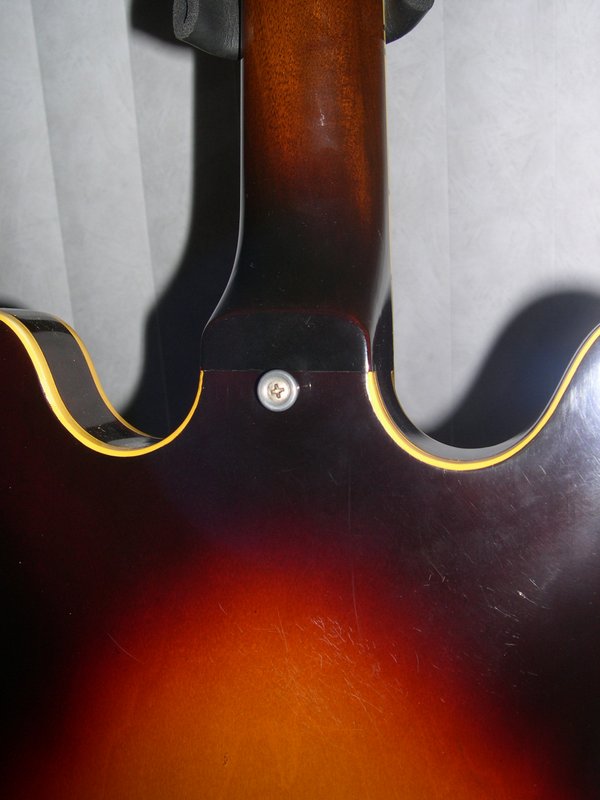 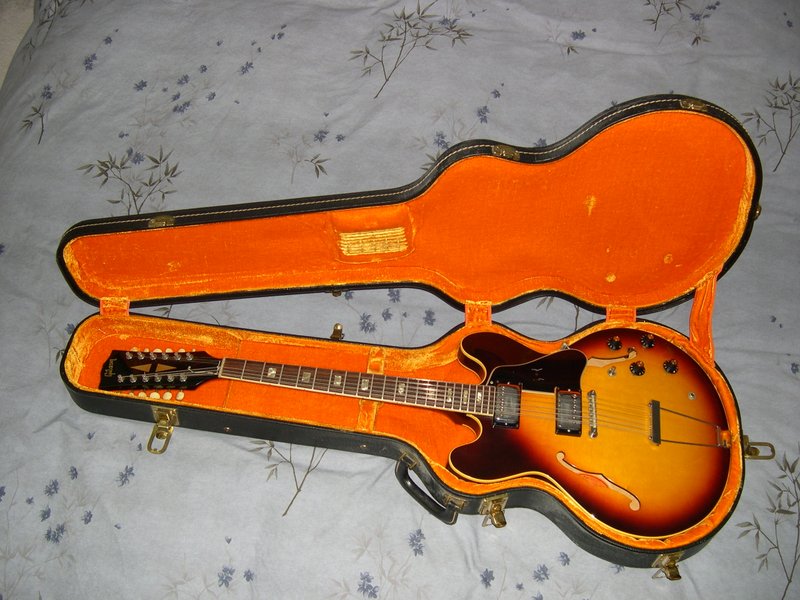 This instrument and its black hardshell case are totally original and unmodified.