After playing the '66 for a while I decided I'd really like to find an original, early 330 in very good to excellent condition. I located a 1959 model for sale at Gruhn Guitars in Nashville, TN in tobacco sunburst, complete and all original, and made the deal to have it shipped to me in Florida. It is a beauty and has given me hours of enjoyment both playing it and just looking at it - hopefully, you'll agree.

The challenge with this model, like the '66 ES-330, is the tendency of the hollow body and P-90 pickups to produce feedback in highly amplified environments. Many artists stuff the insides with cotton balls, towels - almost anything to restrict the acoustic chamber from producing the harmonic overtones that then get amplified, and the cycle starts all over again. However, if you're TRYING to get feedback, this is the guitar to have! Once the feedback starts it is fairly easily controlled simply by shifting the angle of the guitar to the amplifier and/or moving your body between the two. The neighbors really don't like it when I play around with this but it is almost as good as a '60s flashback...

However, this guitar is capable of producing some incredibly mellow sounds though judicious use of the tone pots. Cool jazz tones and sultry blues just ooze out when coaxed carefully. I need to spend more time with this guitar as there is way more sound in there than I've been able to discover. It's just a hassle getting it out of the vault, bringing it home, playing it and then returning it. Somehow, though, I'm thinking it might be worth it... 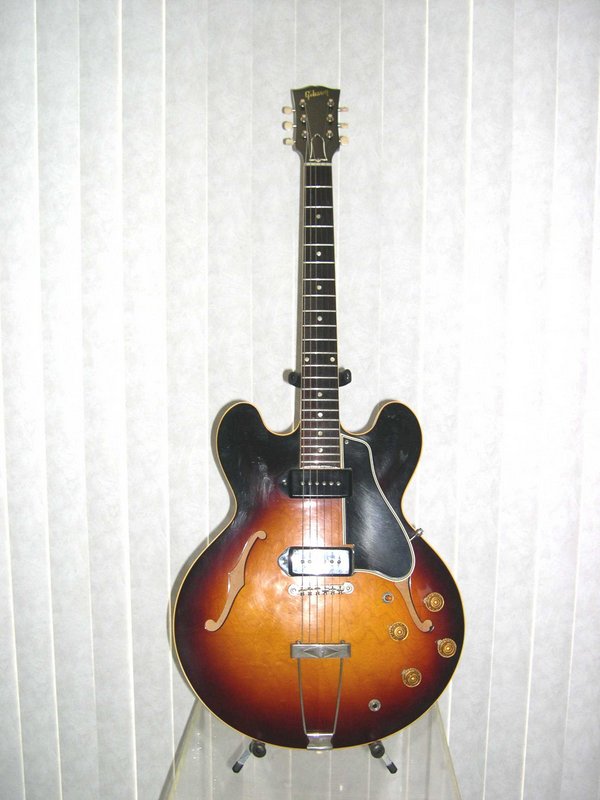 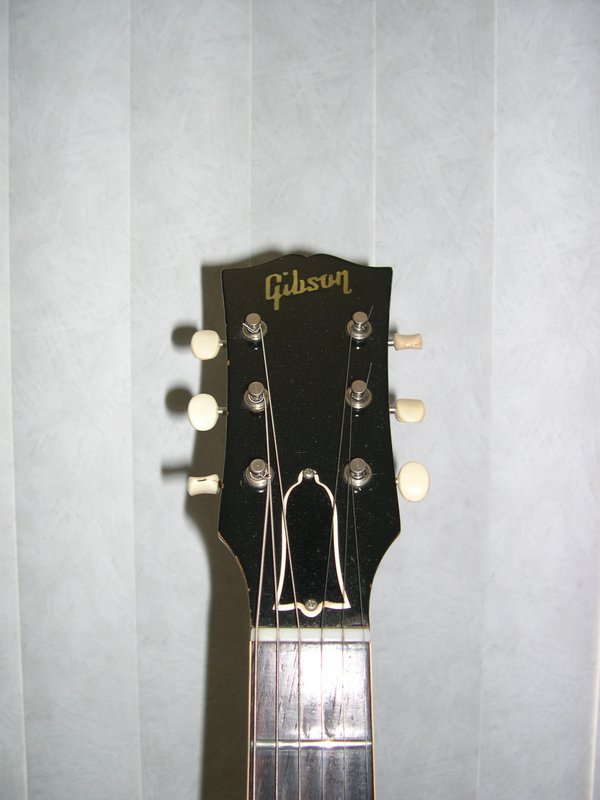 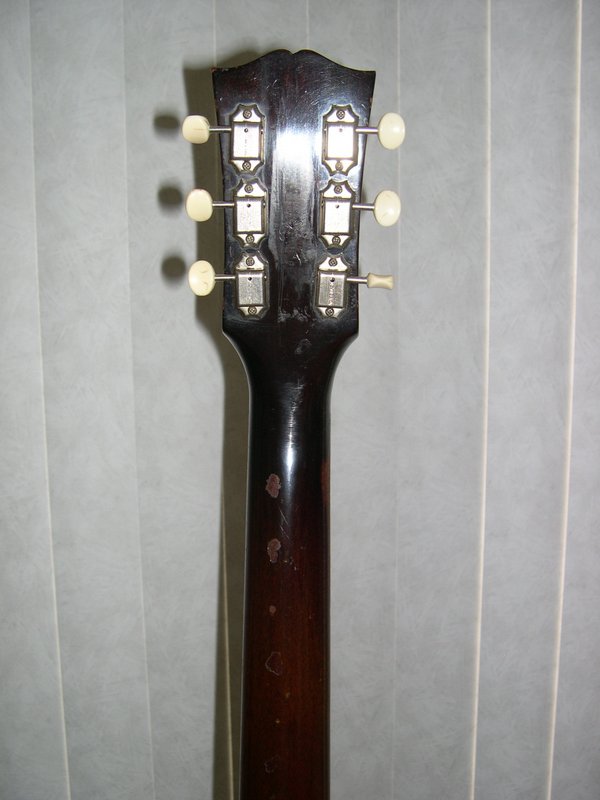 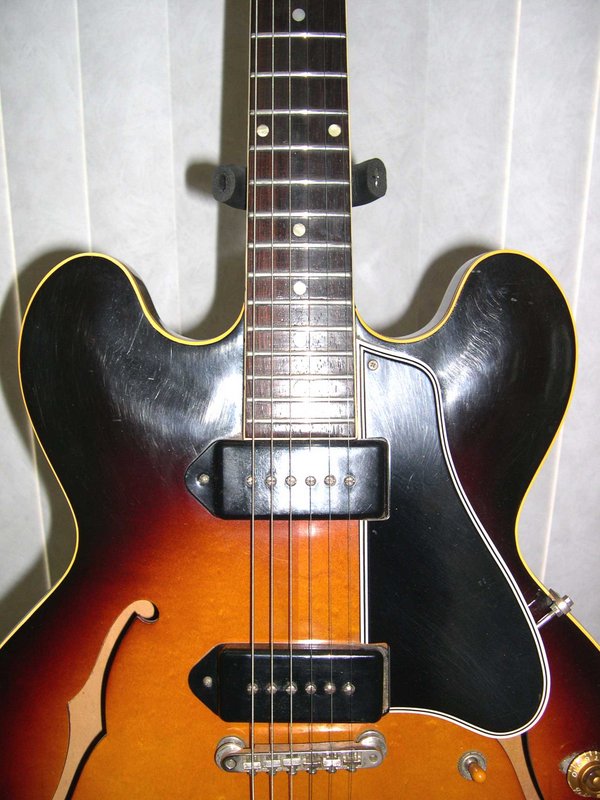 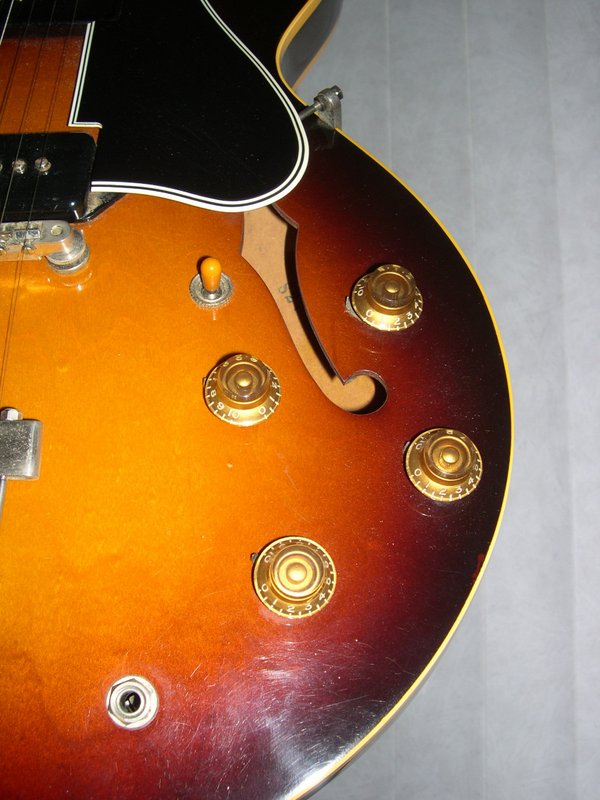 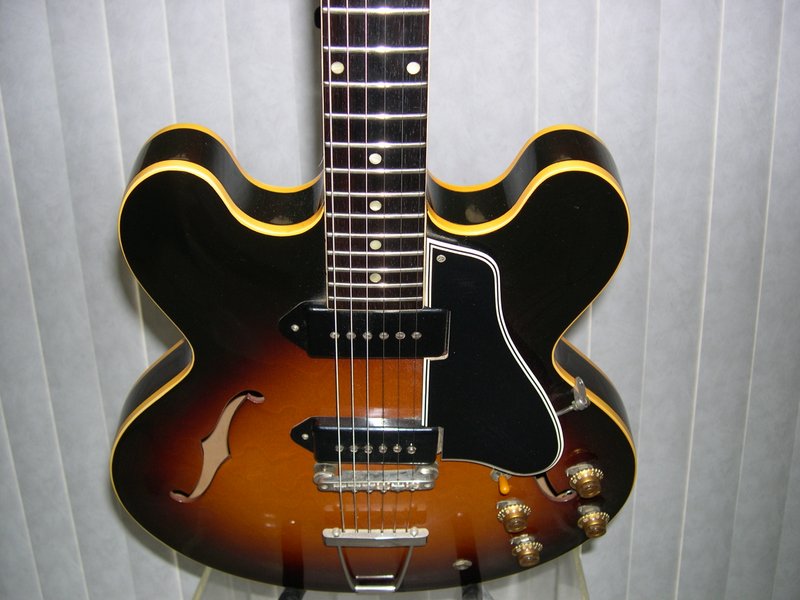 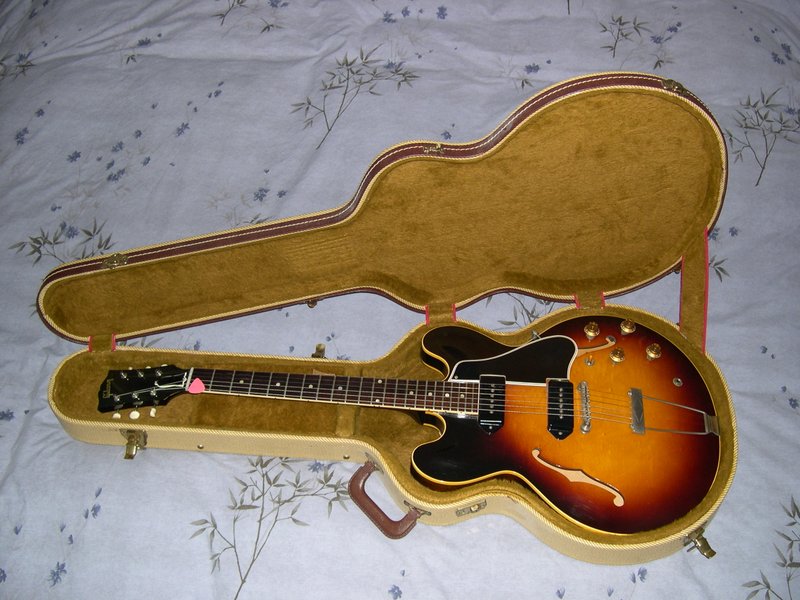 This instrument came in its original, tweed hardshell case and is in excellent condition. As can be seen, the guitar is complete and is all original. After purchasing this from Gruhn, I had the frets professionally dressed at the Musicians Workshop in Fort Lauderdale, Florida which corrected a slight buzzing. It now plays as good as it looks - and that's saying a lot!!!