During a visit to Fort Myers, Florida to play with my old college bandmate, Rail Guthrie, I stopped by Brent's Music to pick up some strings and saw a well-used, 1966, red ES-330 hanging at the far end of the wall. I took it down and began playing it without the aid of an amplifier and was surprised by the amount of sound generated by the thin body (due to the absence of the center sustain block). The neck was much like that of my ES-345 (above) in shape but, due to the shorter length was even easier to play! Needless to say, it left with me since, being well-used and missing the pickguard, the value was deemed to be low. I intended for this to be the ES model I would use to "play out" and, had I continued to do so, it would have been a good choice due to its low weight and playability.

The challenge with this model, besides the slim and narrow neck, is its tendency to produce feedback in highly amplified environments. Many artists stuff the insides with cotton balls, towels - almost anything to deaden the acoustic chamber from producing the harmonic overtones that then get amplified, and the cycle starts all over again. However, if you're TRYING to get feedback, this is the guitar to have! Once the feedback starts it is fairly easily controlled simply by shifting the angle of the guitar to the amplifier and/or moving your body between the two. The neighbors really don't like it when I play around with this but it is almost as good as a '60s flashback... 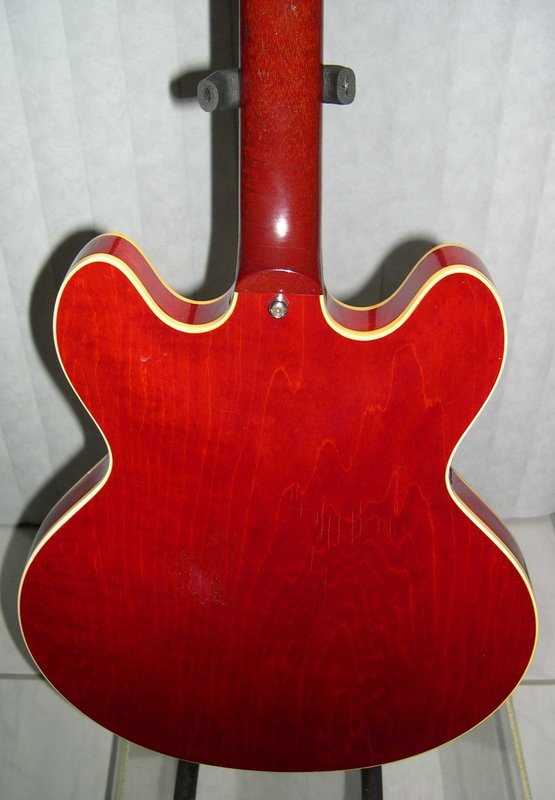 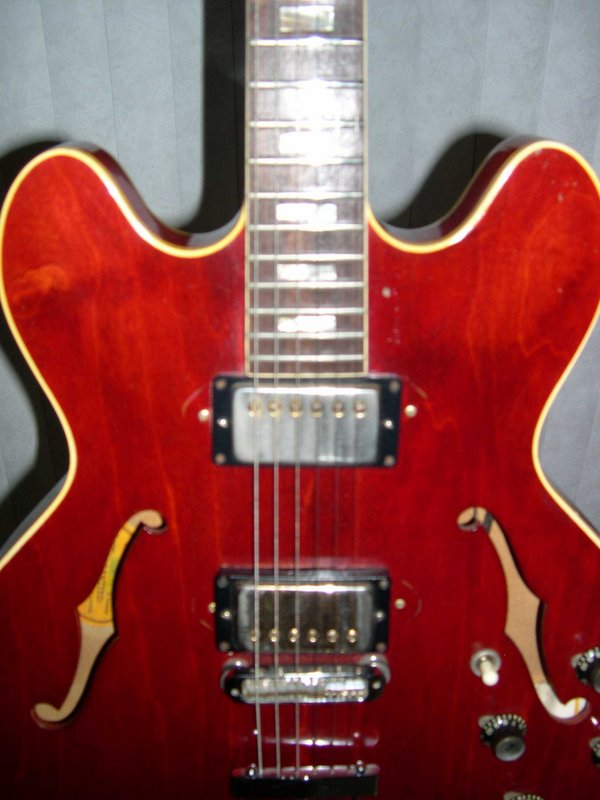 This instrument came in its original, very worn black hardshell case and is in very used condition. As can be seen, the pickguard and attachment hardware are missing for the guitar and the original P90 pickups have been replaced with later model humbuckers. This makes it a good knockabout guitar as its condition and non-originality make it far less valuable than one like, say, my 1959 model (which is where you'll head next, I'm guessing)...