The Electric Blue Strat is a 2004 model made in Mexico (MIM); a nice player that can be played out without fear of damage or theft, unlike the '61... Like the other MIM models I have in my collection, this guitar shows very good quality in the "fit and finish department" as well as the hardware used (tuners, etc.). Its hard to beat for the cost... Note that the missing pickup selector switch cap has since been replaced. This model has the in-line tuners with the small chrome buttons and the smaller peghead used on the earlier Fenders. It also has a rosewood fretboard which, for some unknown reason, I prefer to the maple versions. The action is a little higher than I usually set mine but this helps provide better spacing for bending those blue notes! Being a "player" it should get more use than I have dedicated so far - but I'm not dead yet!

This instrument came in the gig bag shown but now resides in an aftermarket, tweed, hardshell case which is just more suited to this instrument. 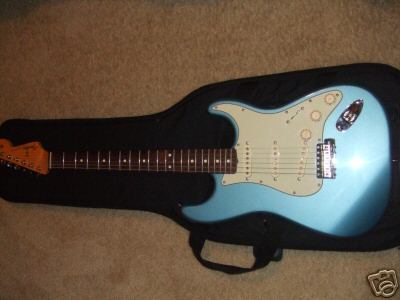 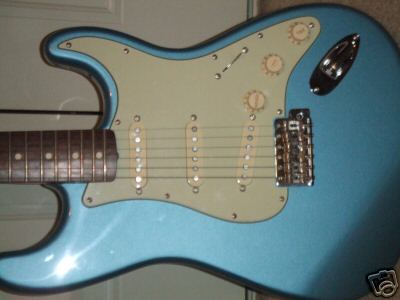 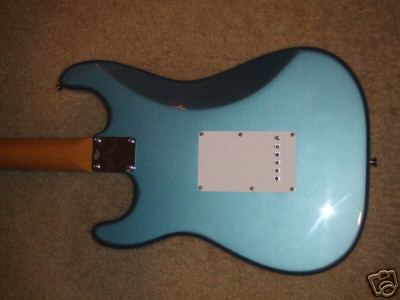 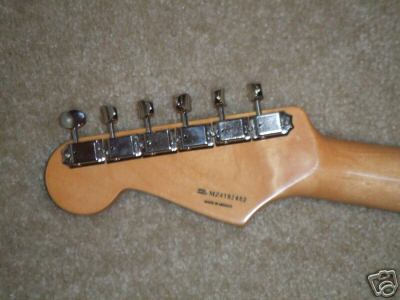 That about does it for my 2004 Electric Blue Fender Stratocaster. If you have questions or comments, please forward them to me at the email address below. Thanks!

Price: $500 including aftermarket case (stated above) or $450 without case