Rocky's Strat is a 2001 Fender American (MIM) in Seafoam Green with a maple neck - the perfect surfer-chick guitar (or Steve Windwood favorite). It was purchased from Gruhn Guitars in Nashville, TN with an accompanying gig bag. This has since been upgraded to an aftermarket tweed case, more suited to the guitar. Though made in Mexico (MIM), this guitar shows surprising attention to detail in the "fit and finish" department. The paint is well-applied and the unpainted wood areas are finished flawlessly as well. It has the classic chrome tuners reminiscent of the earlier Fenders and the maple fretboard so favored by many of the "known" artists. As with Rocky's other instruments, this remains in virtually unplayed condition...

As mentioned above, this came in a gig bag (now occupied by the Fender Stratacoustic) which was traded out for a vintage tweed hardshell case more befitting the instrument and (imitated) era.

Here's the only pictures I have (as yet) of her "surfer girl" guitar: 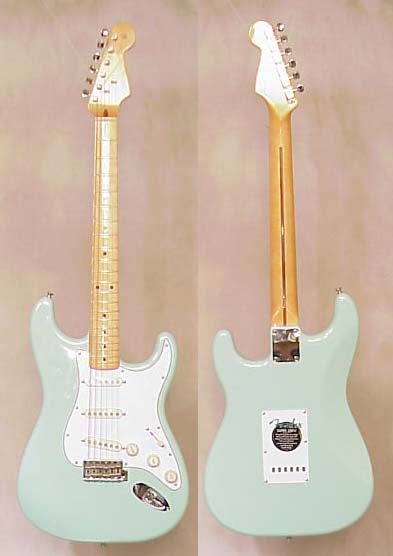 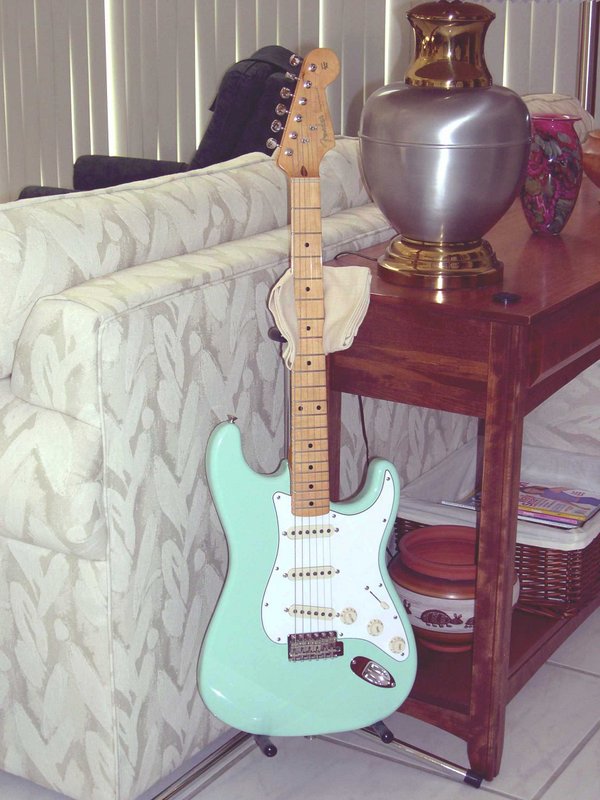 So concludes the discussion of Rocky's 2001 Fender American guitar. If you have questions or comments, do not hesitate to contact me at the email address below.

Price: $550 including aftermarket case (stated above) or $500 without case